The news was confirmed by James Wan himself

The news was confirmed by James Wan himself

AquamanDCEUMovies
By Divij Sonak On Jun 16, 2018 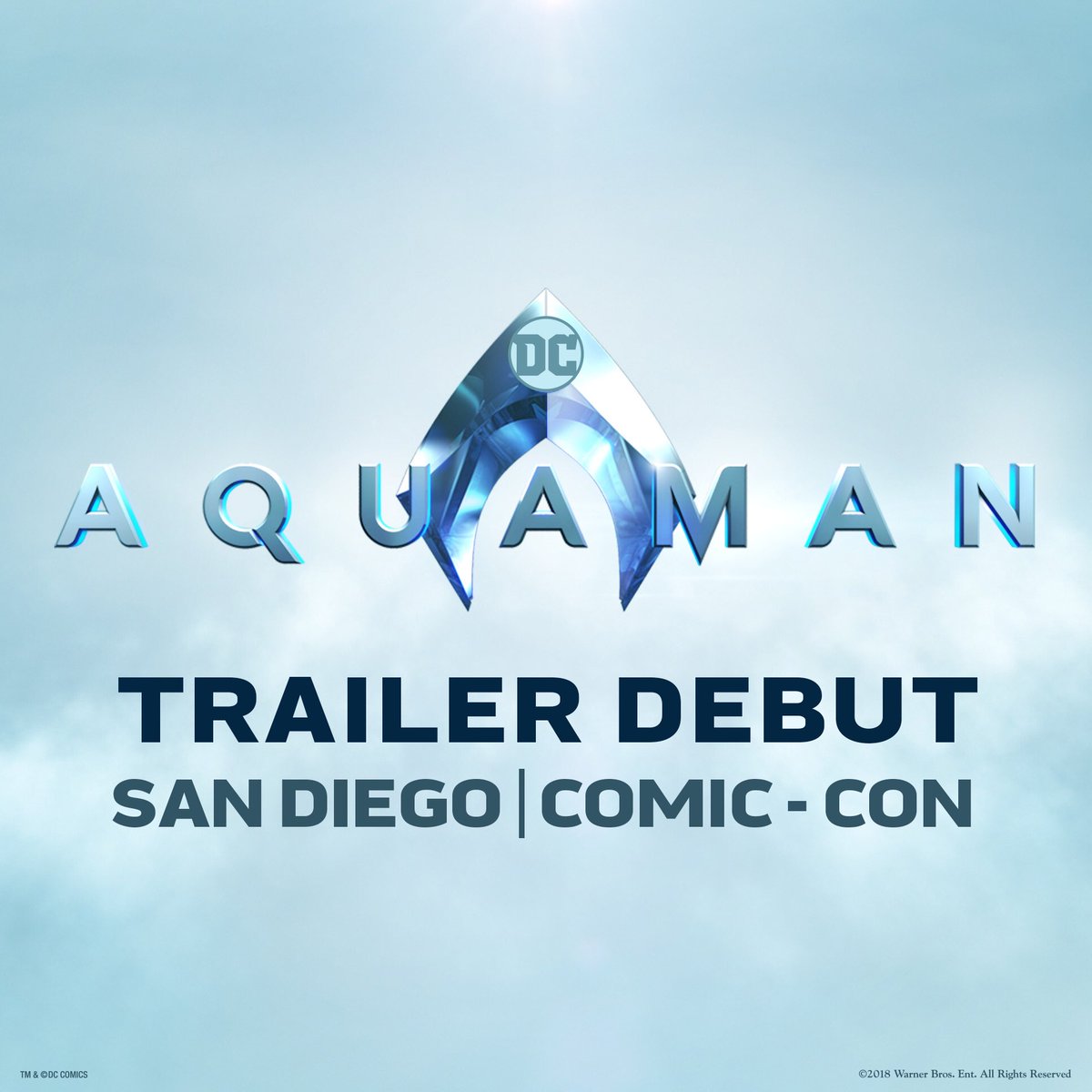 Director James Wan took to Twitter today to set the record straight as to when exactly is the first Aquaman trailer arriving. Wan confirmed that the trailer will debut at San Diego Comic Con next month and also unveiled a cool icy-themed new logo for the movie inspired by the Ocean Master Orm’s wardrobe according to Wan. Check out his Tweet below.

Comic-Con will be insane!! This is the new glyph/logo. Freshly smuggled out of Atlantis! (stolen off King Orm’s belt buckle) pic.twitter.com/NLmIXUaXEM

This news puts all speculation about the trailer arriving in the next few days to rest. Earlier this week, a trailer for Aquaman was screened at CineEurope for exhibitors and Variety had quoted it would be online in the next few days. This gained further momentum when Entertainment Weekly released a batch of stills yesterday, an act which generally heralds the arrival of a trailer. It appears those next few days are going to take quite a while since SDCC is almost a month away. Regardless, it’s good to have official confirmation on the trailer putting an end to all the speculation around the trailer’s release date.

The trailer should mostly be screened with the now-famed Hall-H panel. And knowing Warner Bros., it should officially appear online as soon as it’s screened seeing which has become a tradition for the studio ever since it failed to contain prominent leaks in the past, such as with the Suicide Squad trailer in 2015. Let us know if you’re excited about getting a first look at Atlantis, Black Manta, Ocean Master, Vulko, Mera and Aquaman himself in the comments below.