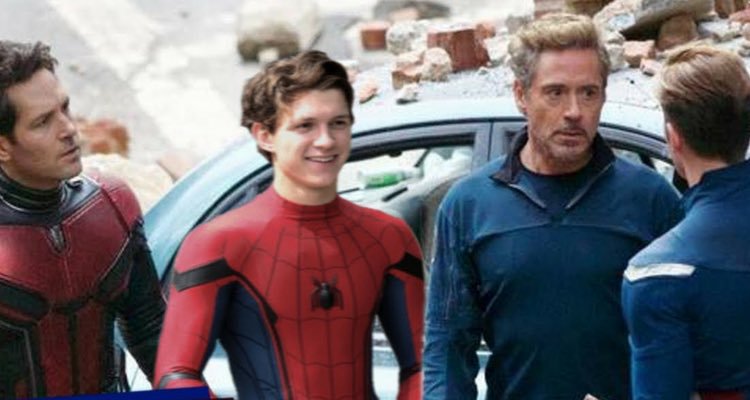 Another day, another rumor about the Avengers 4 trailer. The trailer which was supposed to release today morning but reportedly got pushed back due to the funeral and national mourning of former President George H. W. Bush now has a new day: Friday. That’s right, if Daniel R of Superbromovies is to be believed, the Avengers 4 trailer is pretty much confirmed to release on this week’s Friday, ensuring it will maintain its status as Marvel’s Big Week.

That’s not all however. As you pretty much guessed from the headline, the first Spider-Man: Far From Home trailer is also a done deal for Saturday. That trailer, if released, would air during Sony’s Panel scheduled for Sao Paolo Comic Con in Brazil before it arrives online on official YouTube channels.

The Avengers 4 trailer has now become a legend in itself. Countless stories have been written about its rumored / reported release date and so far, none have panned out. Today was supposedly the closest we were to an official release which had to be postponed due to the nationwide mourning of President Bush. Just to clarify, there were both sentimental and business reasons attached to it; with the stock markets closed, Disney (which owns Marvel) wouldn’t have seen any uptick in its share price with the positive reception around the trailer (which is all but guaranteed at this point).

The Spider-Man: Far From Home trailer is an even bigger mystery, largely due to Spider-Man’s fate in Avengers: Infinity War. Since the movie’s July 5 release date was announced, fans have been racking their brains trying to figure out how exactly will Sony market a movie in which their lead character, the one on whom the movie is named after, died in an earlier movie but is widely hoped to come back to life in its sequel? Essentially, the Far From Home trailer will spoil the biggest surprise and question mark Infinity War shifting the topic of discussion around the return of the disintegrated characters from IF to HOW.

Then of course, there’s The Avengers Project to look forward to. The long announced video game might finally see its first official gameplay footage unveiled at tomorrow’s Game Awards. Avengers: Infinity War directors Anthony and Joe Russo will also be in attendance, making it likely that they had some input in the direction the game’s story took.

Now I said in my previous post to take everything with a grain of salt. I still maintain that. It’s possible people are making guesses based on limited information. For instance, if you knew the Avengers 4 trailer was coming this week, and also knew The Avengers Project and Far From Home trailers are nearly confirmed for Thursday and Saturday, it’s not difficult to guesstimate that the Avengers 4 trailer could arrive on Friday, as that’s the only day left this week for the trailer to air on. It’s also highly possible these guys have received reliable insider info about trailer air dates and are hence bang on with their prediction.

All this still doesn’t make anything official until Marvel says so. So take it with a grain of salt but rest, knowing that the trailer and an official announcement will most definitely be coming soon. Meanwhile, you can contend by watching the second Captain Marvel trailer and scouring the important things we learned from it. Peace.

Avengers 4 directed by the Russo Brothers is slated for release on May 3, 2019. Spider-Man: Far From Home helmed by Jon Watts is scheduled for a July 5, 2019 release.

What We Learned From The Captain Marvel Trailer