Joe Russo exclaimed how the cheerful reactions to a particular scene inspired them during the lows when making Avengers: Endgame. 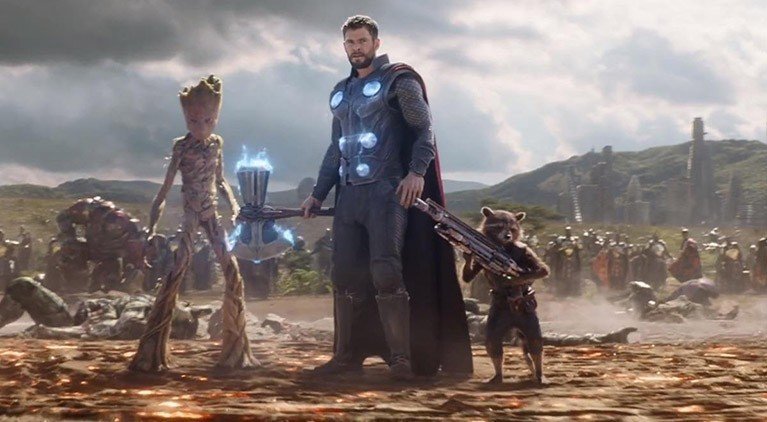 Joe Russo’s visit in Mumbai, India (more details here) to promote Avengers: Endgame was a success by all accounts. Having launched A. R. Rahman’s Anthem for India and answered some questions, Joe was ecstatic on his India visit and shared some great stories and experiences about making the movies with fans. One of such stories about a specific scene in Infinity War drew loud cheers from the audience, much like they did when that scene in question played in theaters.

Joe Russo revealed how tough it was making these movies. During production on Endgame, someone sent them an audience reaction from a theater in India reacting to Thor’s arrival in Wakanda in Infinity War. Now anyone who saw Infinity War in theaters can attest to the fact that this sequence blew one’s eardrums and had the audience go crazy with applause, cheering and hooting, with the entire theater coming alive. The brothers were overjoyed with the reaction and referred to it during the lows when things got tough making Endgame.

The way India responded to Infinity War was just overwhelming … In fact there was a recording of an Indian audience watching Infinity War. And when Thor arrives in Wakanda … [loud applause] … it sounded just like that, like a football stadium And it went on for about 30 seconds. And making Endgame was a very difficult movie. But in our low moments, we would pull out that recording and listen to Indian fans responding and it would keep us going.

Infinity War was truly a phenomenon in India, giving touch competition to established heavyweights. It earned close to $15 million (₹100 crores) in its opening weekend and amassed a net total of $43 million (₹300 crores), a record for the country. With Marvel’s fan-following growing immensely, it’s no surprise that the studio is taking note of this and hopes to engage the audience further through promotional activities. The chances of Endgame surpassing Infinity War‘s record total look insanely high after this promotional blitzkreig.

Avengers: Endgame releases in India (and worldwide) on April 26, 2019. Check out our Road to Avengers: Endgame series and let us know what you think of Rahman’s Anthem in the comments below.

Joe Russo In Mumbai, India: The Most Important Tidbits, Questions and Reveals