Scarlett Johansson can be seen donning her red braids 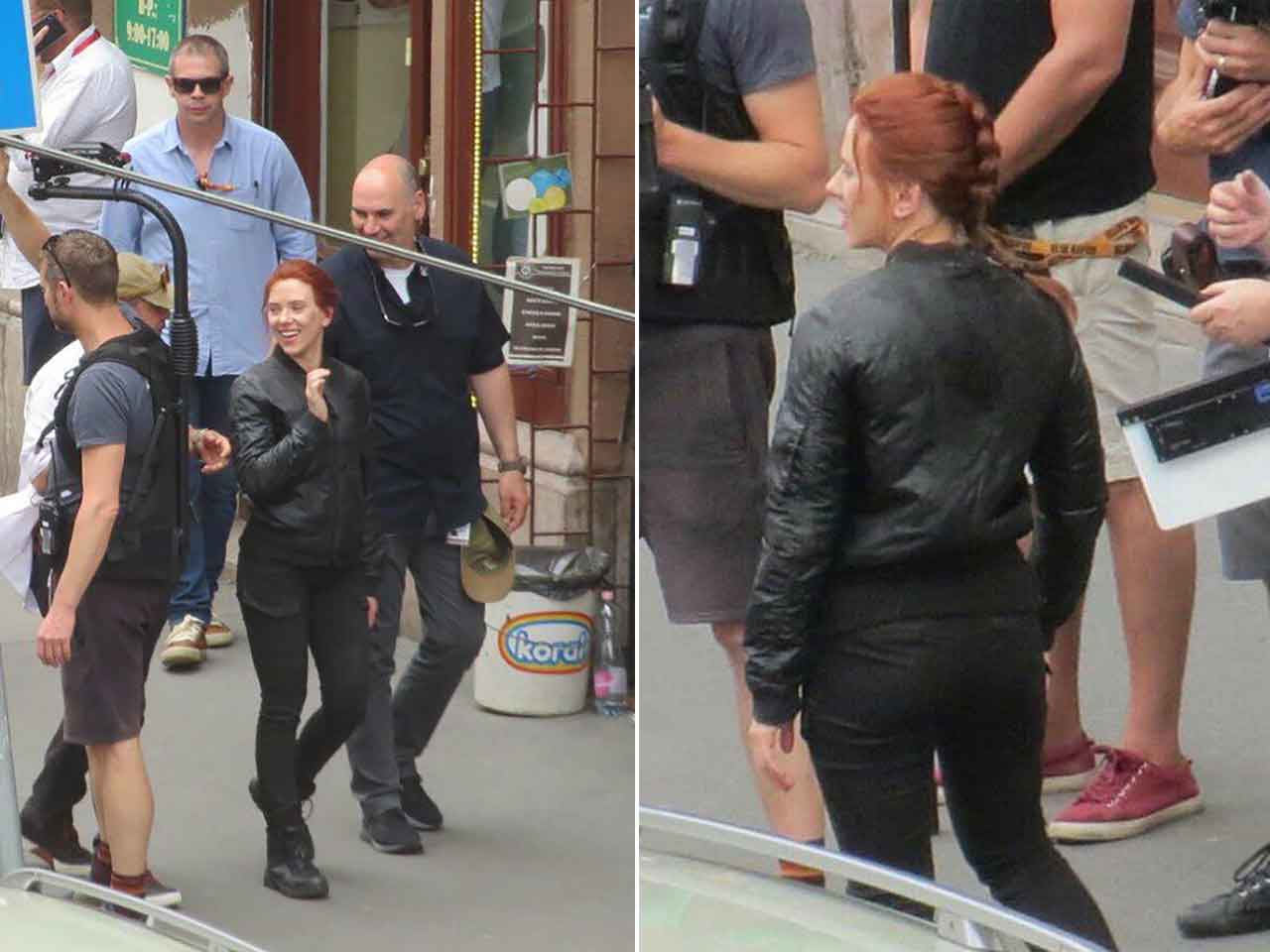 Those Black Widow set photos keep coming and now we have a fresh batch of them. New set photos from Marvel Studios’ Black Widow have made their way online. It is unclear what the location is but we do see Scarlett Johansson donning her red braided hair and looking all happy and excited. Check them out in the gallery below: 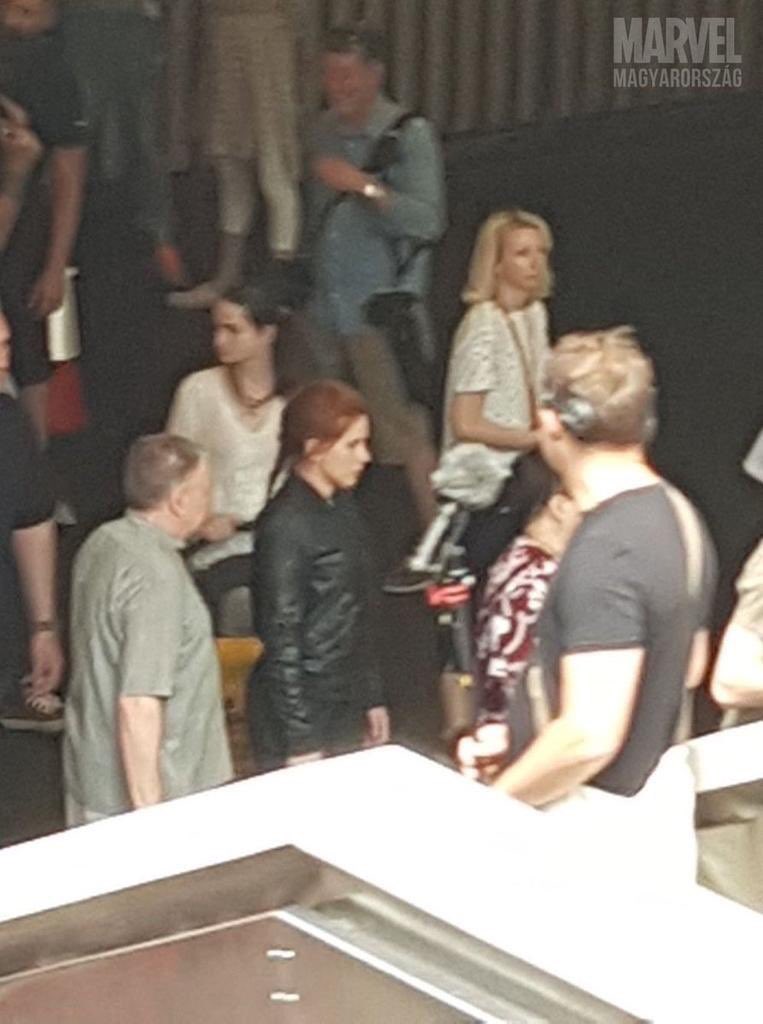 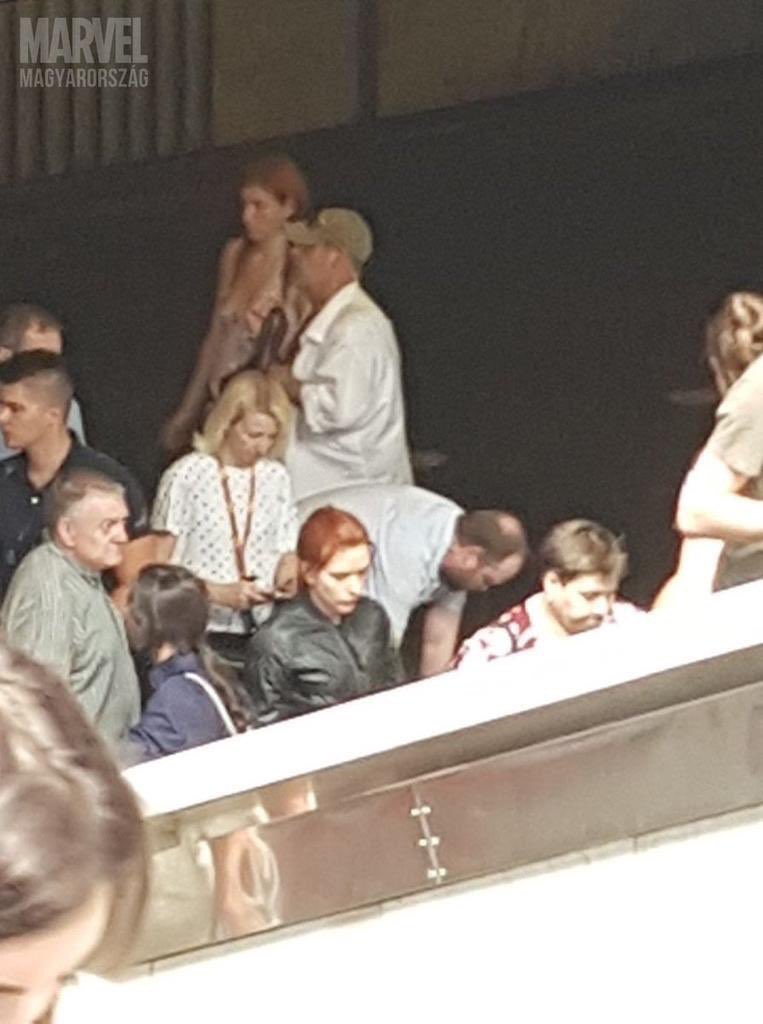 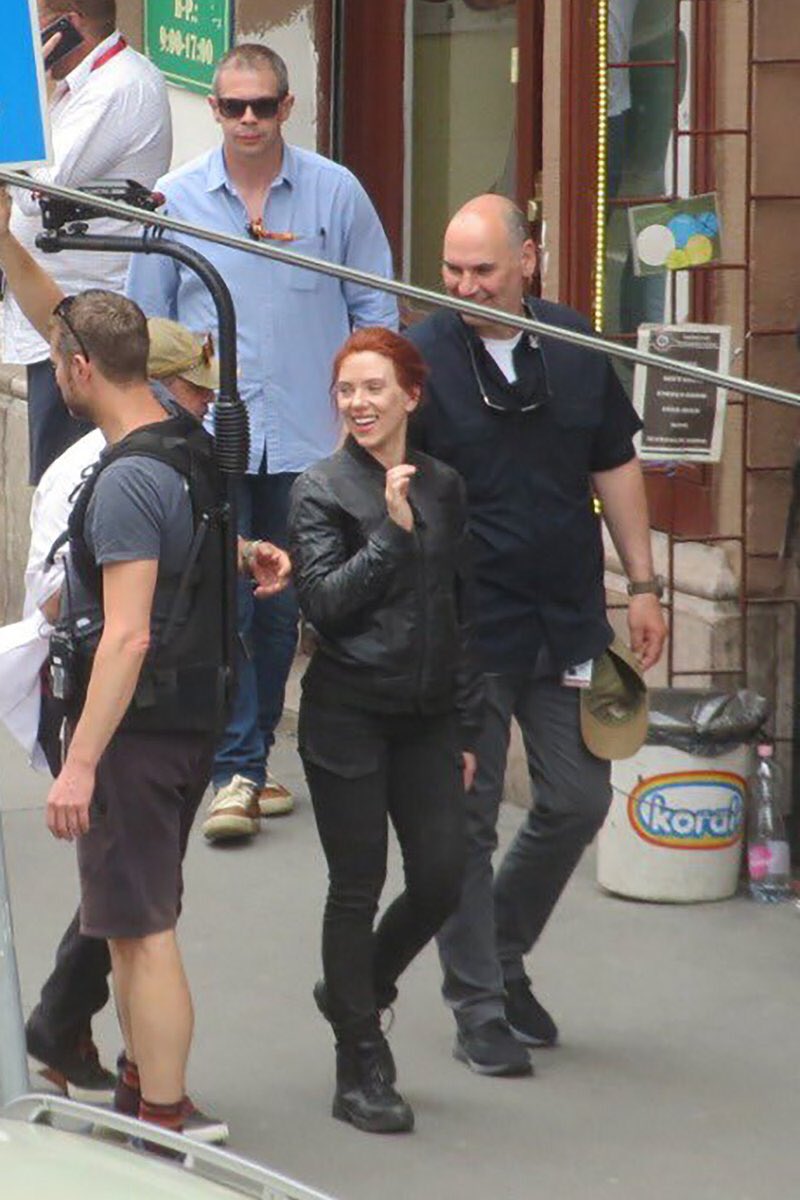 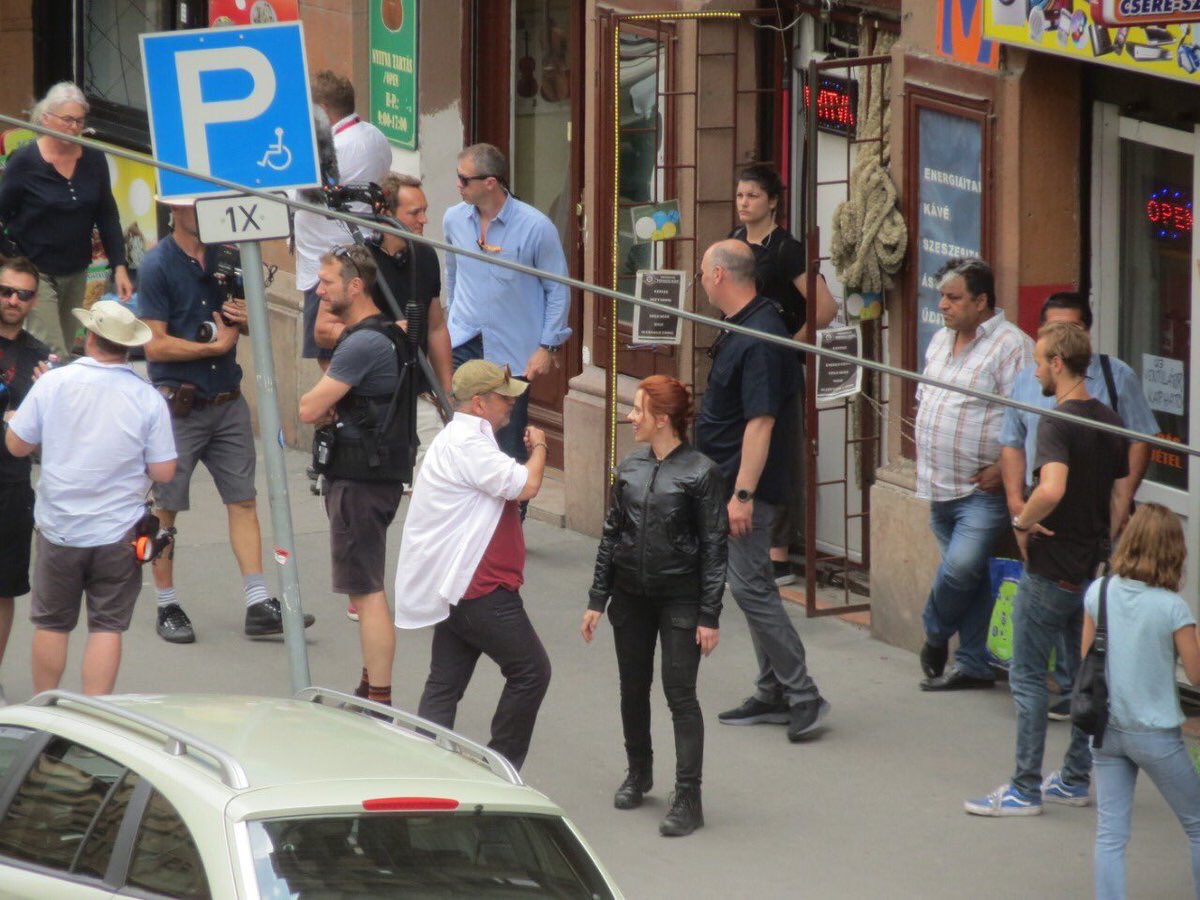 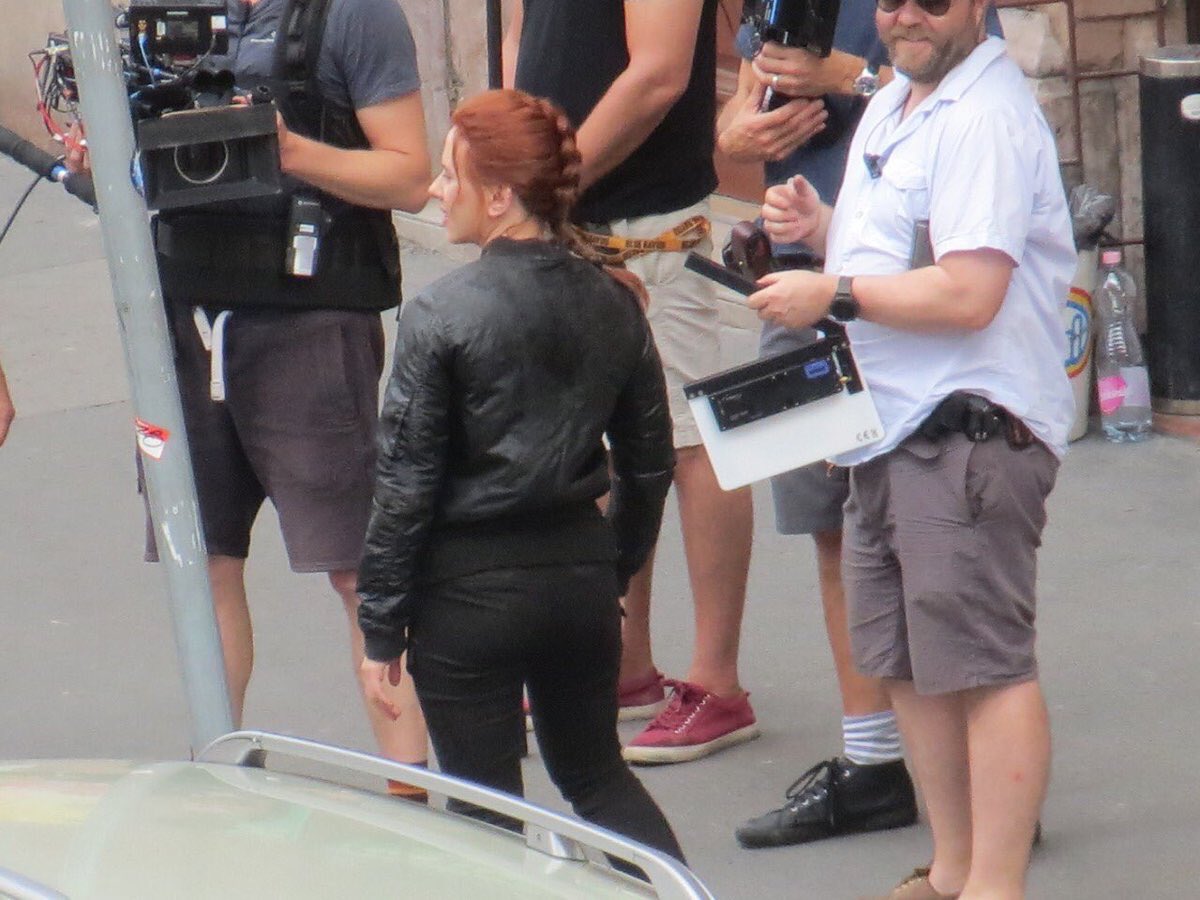 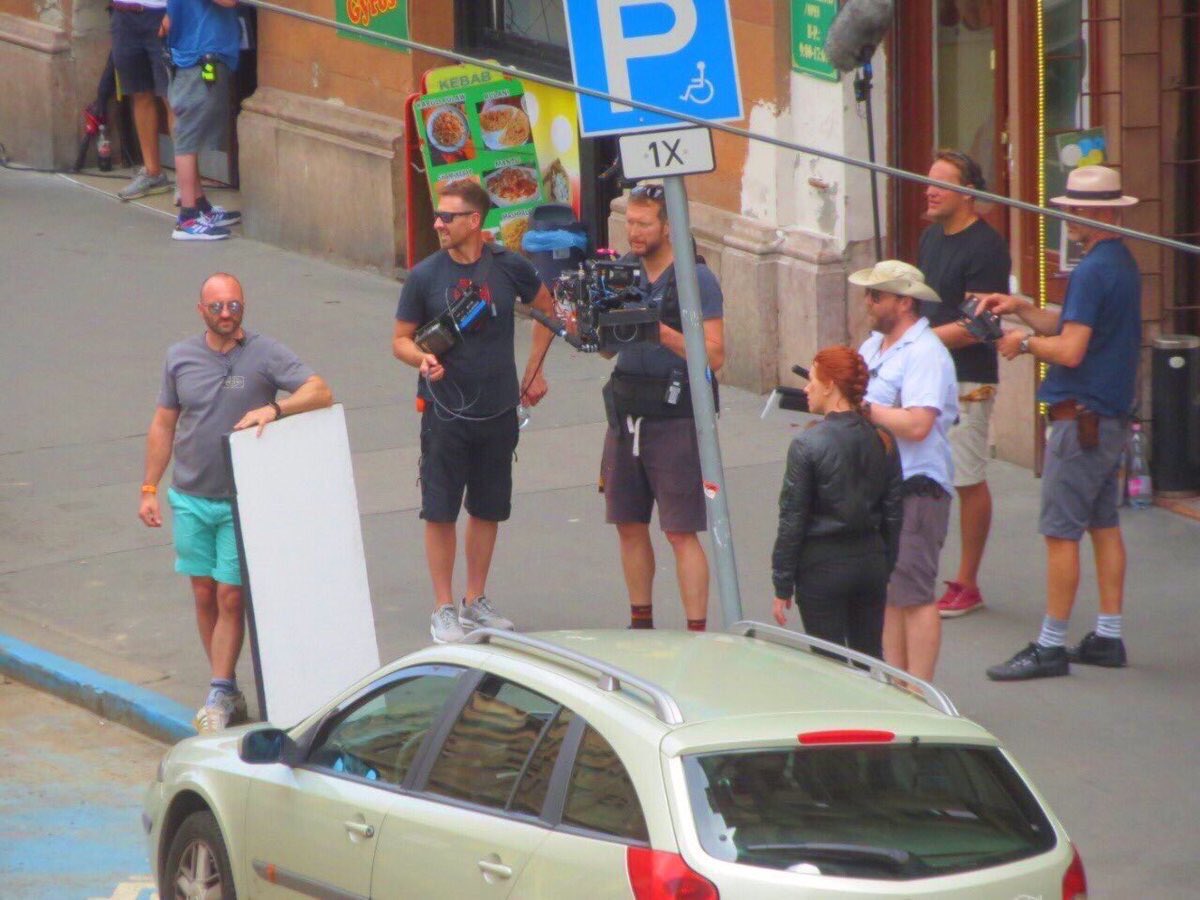 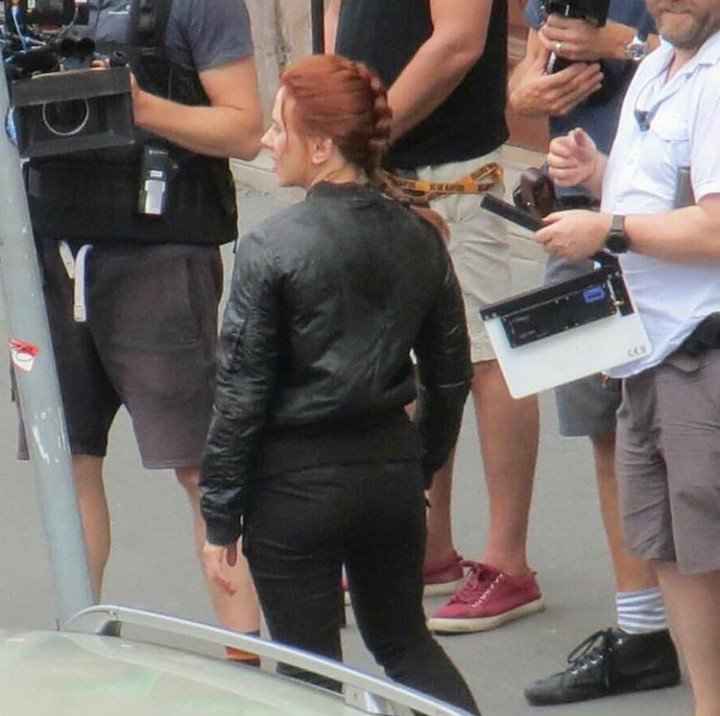 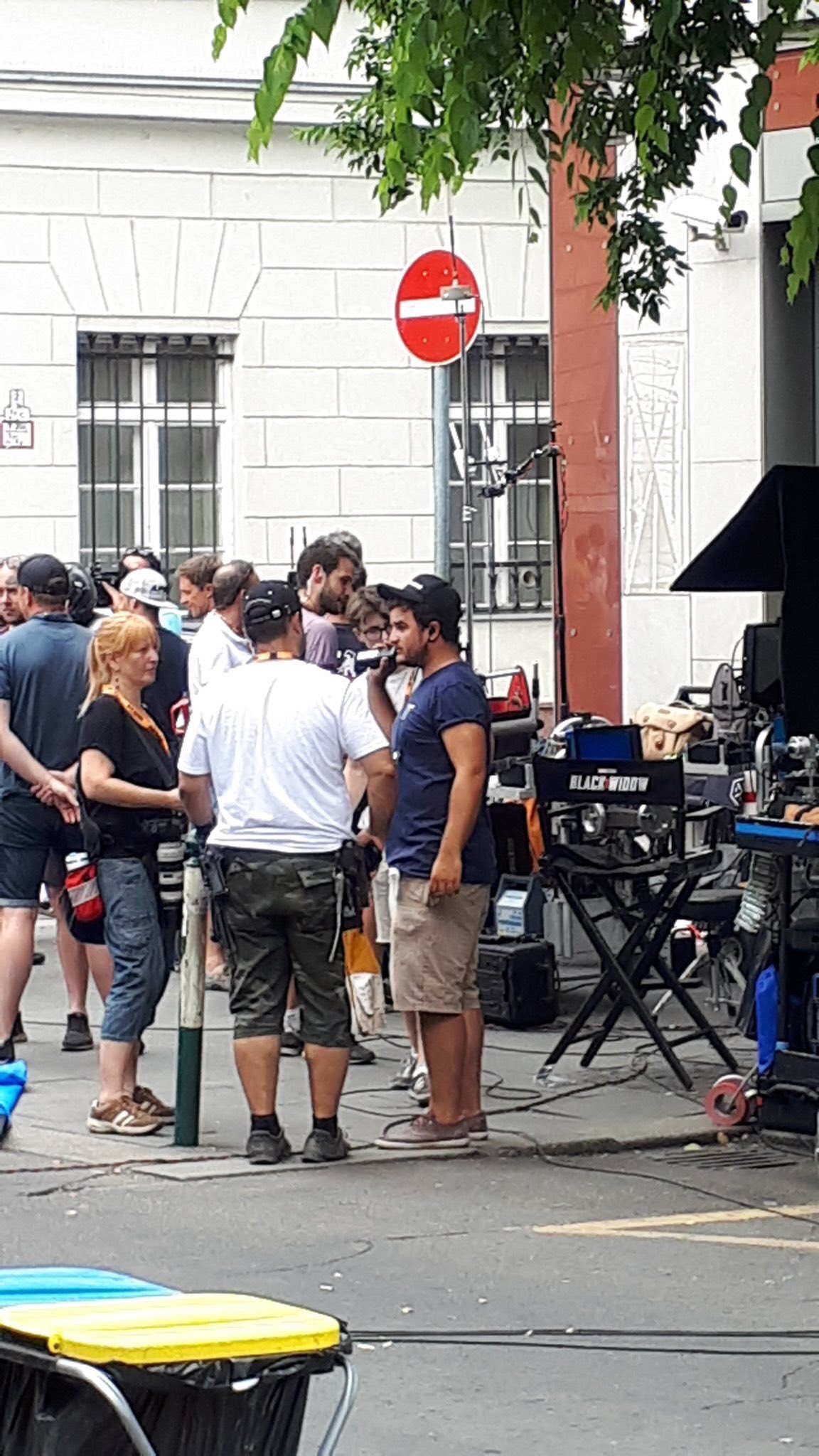 That last image is interesting since it gives us the first look at Marvel’s Black Widow logo. Now, just to be clear, this is more of a production logo and it’s possible the final logo might change as we get some first footage (possibly at SDCC?). Regardless, it’s an intriguing new piece of information for fans to take in and dissect for clues at their pleasure. Within a short while, a high resolution version of the logo was spotted online and it has been reproduced below for your viewing. 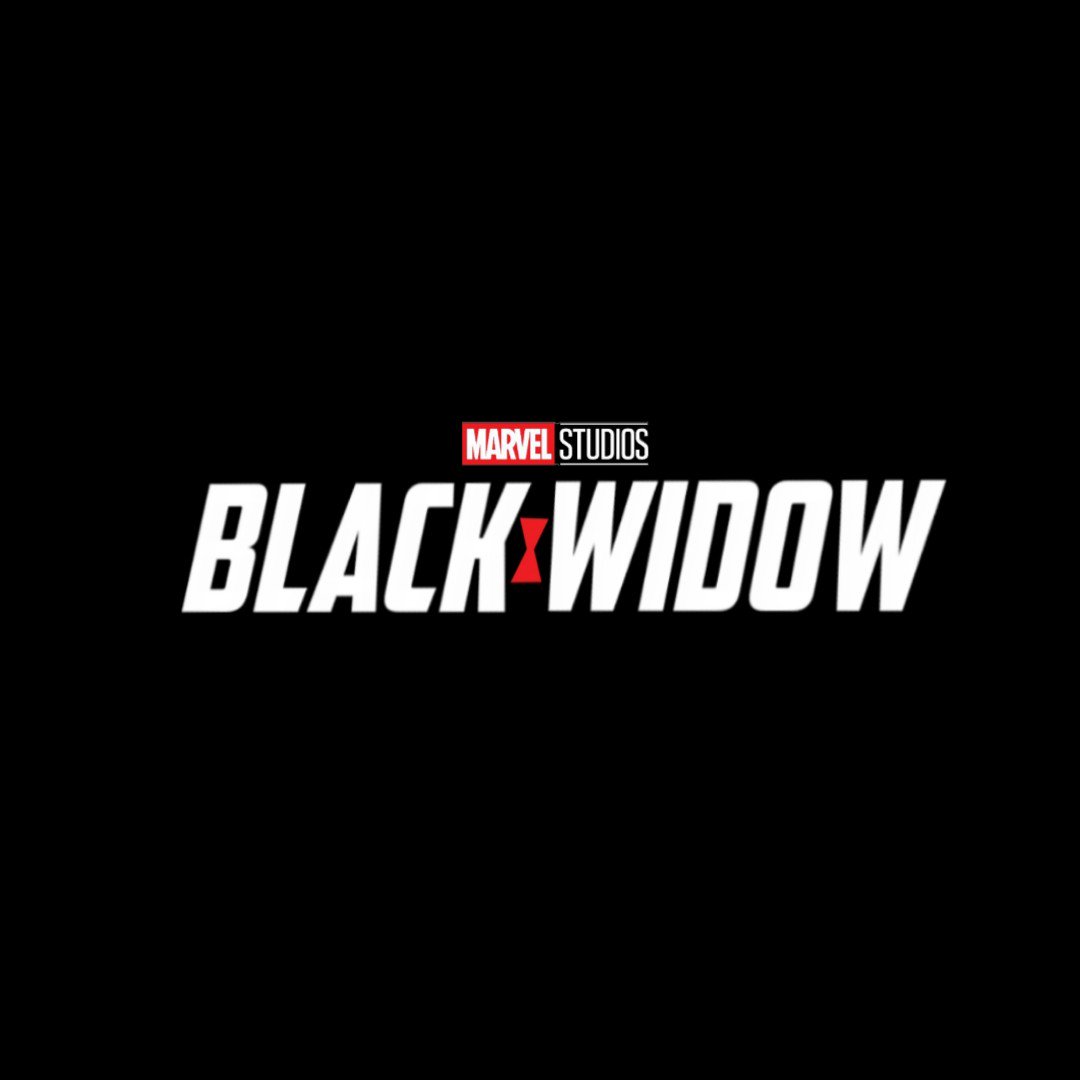 Marvel’s Black Widow is increasingly looking like it could feature two protagonists in a passing the torch kind of scenario. Yelena Belova, possibly played by Florence Pugh, could take over the mantle of the Widow from Natasha Romanoff. Their stunt doubles were recently captured filming actions scenes on motorcycle. In fact, another short video has emerged, perhaps a continuation of the same motorcyle scene and a double can be seen riding the bike through a tram’s cavity.

omg she rode her bike down a flight of stairs we- #blackwidow pic.twitter.com/nTHWnxrvFn

All these set photos have created some healthy buzz around the Black Widow movie, sparking curiosity about the movie’s timeline. We should hopefully have some answers come Comic Con 2019 or at the very least, Disney’s D23 Expo.

Black Widow is set to be directed by Cate Shortland and is planned for a May 1, 2020 release. That of course, is conjecture at this point with Marvel having announced nothing officially yet. Let us know meanwhile what you think of these set photos in the comments below.