The images offer our first look at Bruhl’s Baron Zemo. 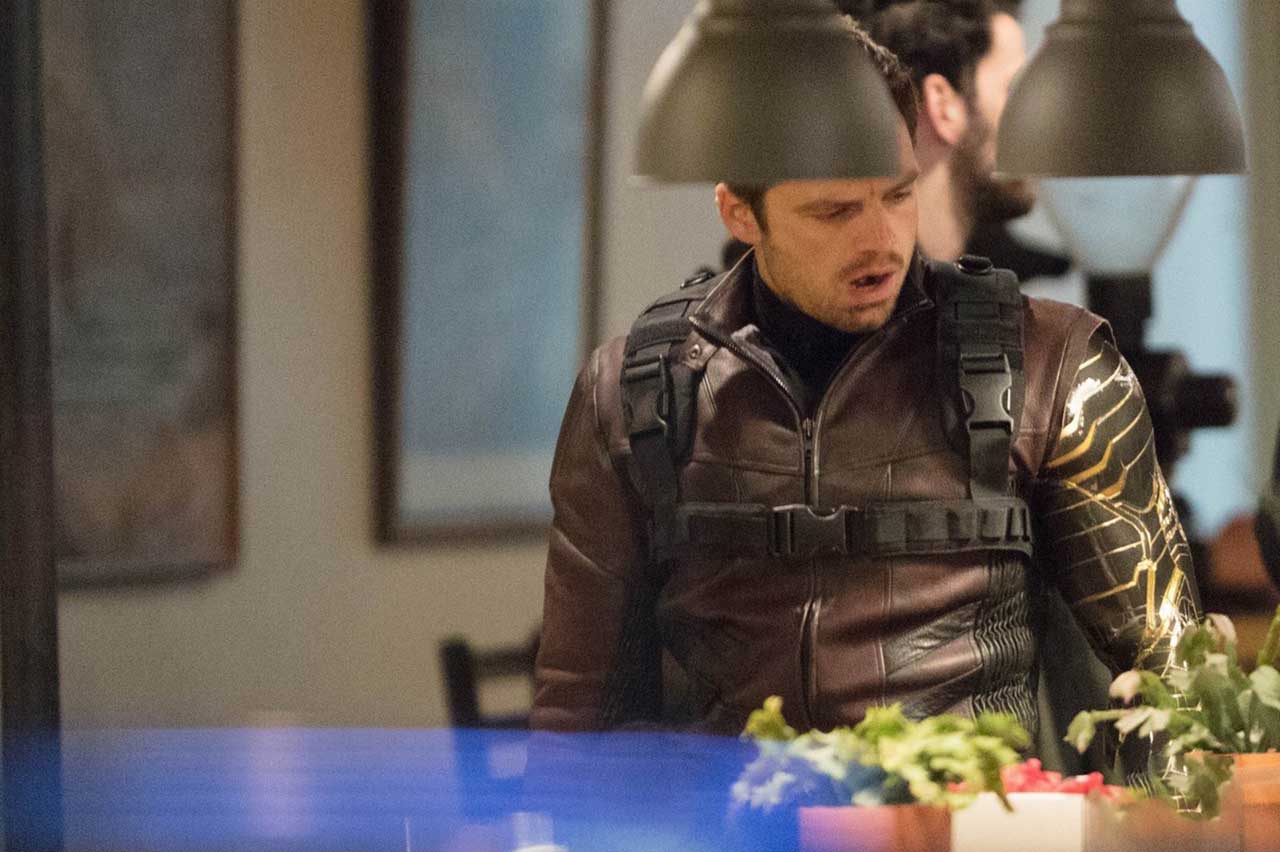 The Falcon and the Winter Soldier started filming a while back and thus far, we’ve gotten a few set photos as well as some stills shown at Brazil’s CCXP 2019. Now, a new batch of set photos has made their way online. Courtesy the omnipresent Just Jared, these photos show Sebastian Stan and Daniel Bruhl in new outfits as well as some looks at Anthony Mackie. Check them out below:

Unofficially speaking, this is our first look at Daniel Bruhl as Baron Zemo on the sets of the show. He’s sporting a tinge of that purple outfit that will eventually become his full-fledged costume on the show. The show is also expected to feature Emily VanCamp’s Sharon Carter as well as US Agent Wyatt Russell, another spiritual successor to Captain America outside the Red Guardian in Black Widow.

The duo also interact in some more set photos in a manner that evokes a less antagonistic relationship than the one they shared in Captain America: Civil War. Considering that Bruhl is likely to don the mantle and costume of the comic book Zemo though, we’ll have to wait and see how long this pretense lasts, if it even is one.

The Falcon and the Winter Soldier will premiere on Disney+ some time in August 2020.

The Batman Building A Set For A Funeral Scene, Robert Pattinson Undergoing Rehearsals

What If Season 1 Will Have 10 Episodes, Season 2 Underway, Kevin Feige Reveals