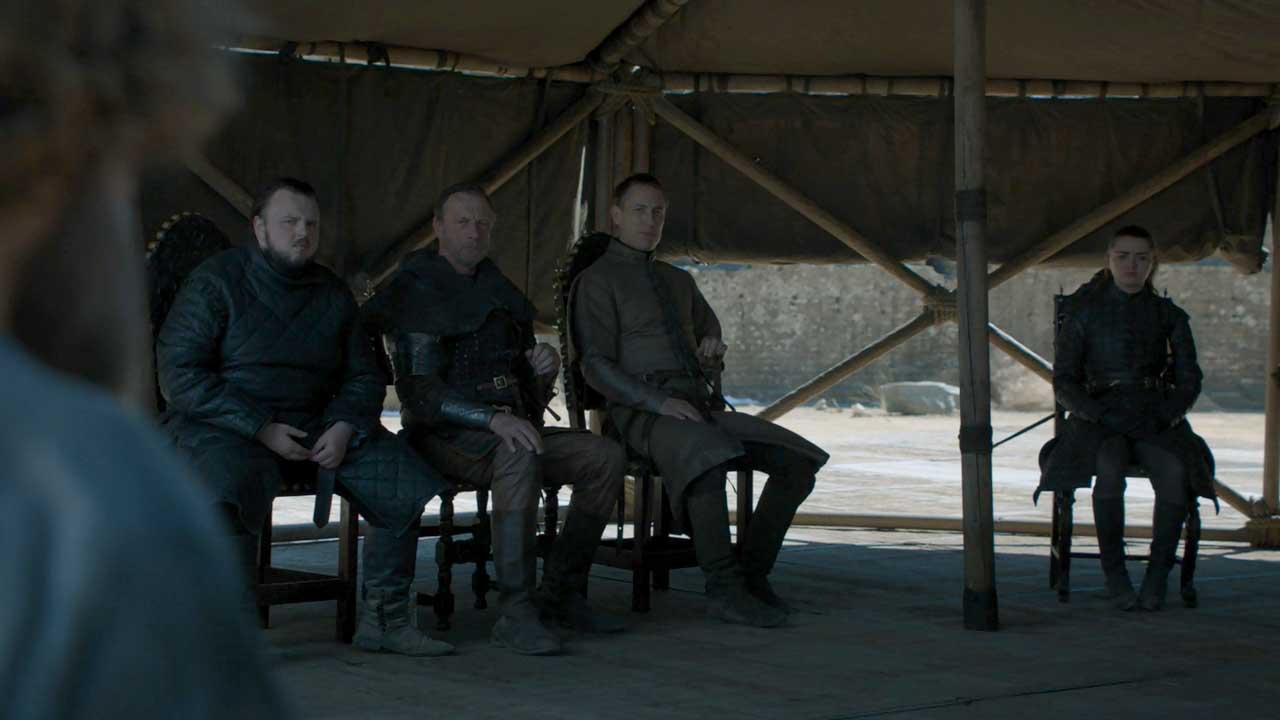 After the entire Starbucks cup fiasco, you’d think Game of Thrones learned its lesson. But turns out, there was one more surprise in store for us. Eagle-eyed fans have spotted plastic bottles lurking around the corners of the set in the Dragonpit scene of the Game of Thrones series finale. The bottles are visible only for a split second, as the Starbucks up was in Episode 4, but they’re there regardless. Moreover, they’re present in more than one shot; at least two have been found so far.

The first of these (circled above) is when Grey Worm brings Tyrion to the Dragonpit where all the principal cast members have assembled. You can see the bottle behind Samwell Tarly’s leg for a brief moment as the camera pans around him, clockwise to cover the Starks. The second bottle can be seen hidden behind Ser Davos Seaworth’s legs for an even smaller instant. It’s a little hard to make out but observe the shining transparency of the material and you’ll realize there’s a plastic bottle right there.

In the case of the Starbucks cup, HBO owned up to its mistake and cheekily apologized for the error, removing it digitally from subsequent prints of episodes. We’re yet to see whether HBO will acknowledge this one as well and proceed to take it out of the episode’s prints. Fans are livid of course that the show could be so callous in handling its background items, least of all a show like Game of Thrones. That the final episode has failed to satisfy everyone is inciting more hatred toward this goof-up.

Let’s not get overtly negative here. As silly as it is for an anachronistic plastic bottle to land up in a frame of the most popular show of television, one must also understand the sheer and intense pressure the crew are dealing with to finish the edits, effects and shots and deliver the show on time. If anything, I bet there are a few VFX shots present to alter the environment of the Dragonpit set quite a bit that everyone has failed to notice. Serving HBO’s case, it’s indeed good that fans are spotting these minor mistakes, rather than glaring errors in visual effects or out of place CGI compositions.

We’ll update this story with HBO’s statement, if they offer any (or at least write a new story). Read on our review of the Game of Thrones Season 8 finale right here on Appocalypse.