Marvel’s The Eternals Eyeing Salma Hayek For A Role

The veteran actress could be added to the already ensemble cast of The Eternals. 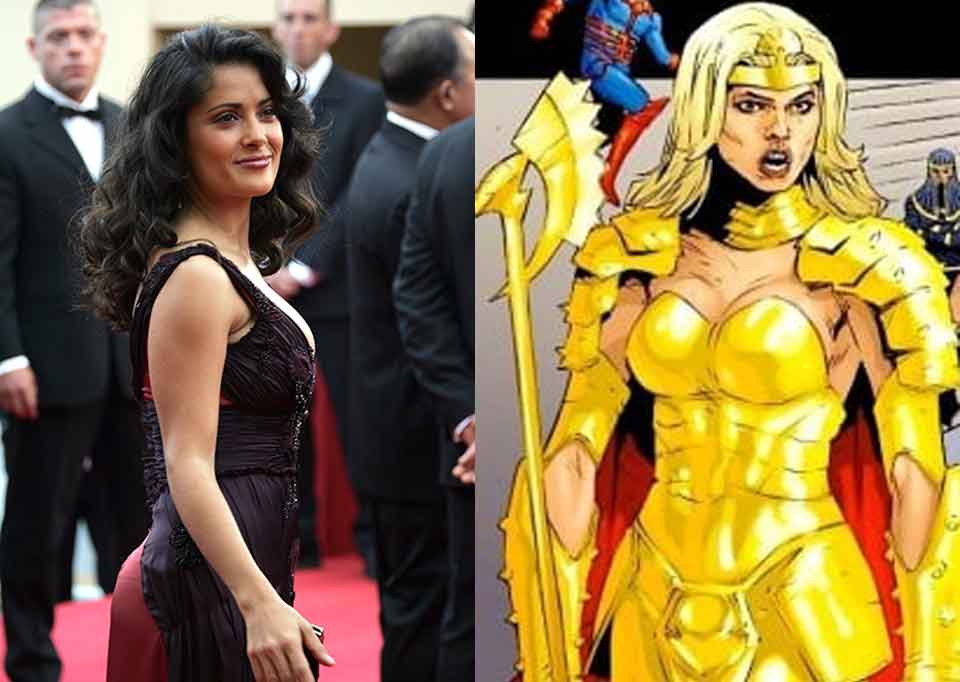 Marvel Studios wasn’t kidding when it was secretly planning on The Eternals being its next big franchise. The movie has so far managed to assemble a stellar (albeit officially unconfirmed) cast featuring the likes of Angelina Jolie, Kumail Nanjiani and Richard Madden, with Keanu Reeves in talks. Now, Marvel is looking to add Salma Hayek to the list of names if sources at The Wrap are to be believed.

The details of her role are being kept under wraps. Speculation suggests she could be up for either of the two female leads Sersi or Thena, or someone else entirely. The Oscar nominated actress would join an equally strong slate of actors in what is looking like Marvel’s strongest effort at casting yet. With such big heavyweights, Marvel might bring a relatively obscure property like The Eternals to prominence. That said, Umberto Gonzalez of The Wrap who’s reporting the scoop has had a dubious track record off late so take this with a mild dose of skepticism for now, until it pans out.

The Eternals are a race of cosmic beings in the comics created by the Celestials. James Gunn introduced the concept of a Celestial in Guardians of the Galaxy Vol. 2. These Eternals were created millions of years ago and possess the ability to manipulate cosmic power. Marvel’s most popular antagonist Thanos has Eternal parents in the MCU, as previously unused concept art revealed.

The Eternals is rumored for a November 2020 release, although that should become explicitly clear either at San Diego Comic Con or Disney’s D23 Expo. Bookmark this Appocalypse Hub for all Eternals related movie news and rumors or hit the like button below to stay updated.