The image was posted by concept artist Ryan Lang before being removed. 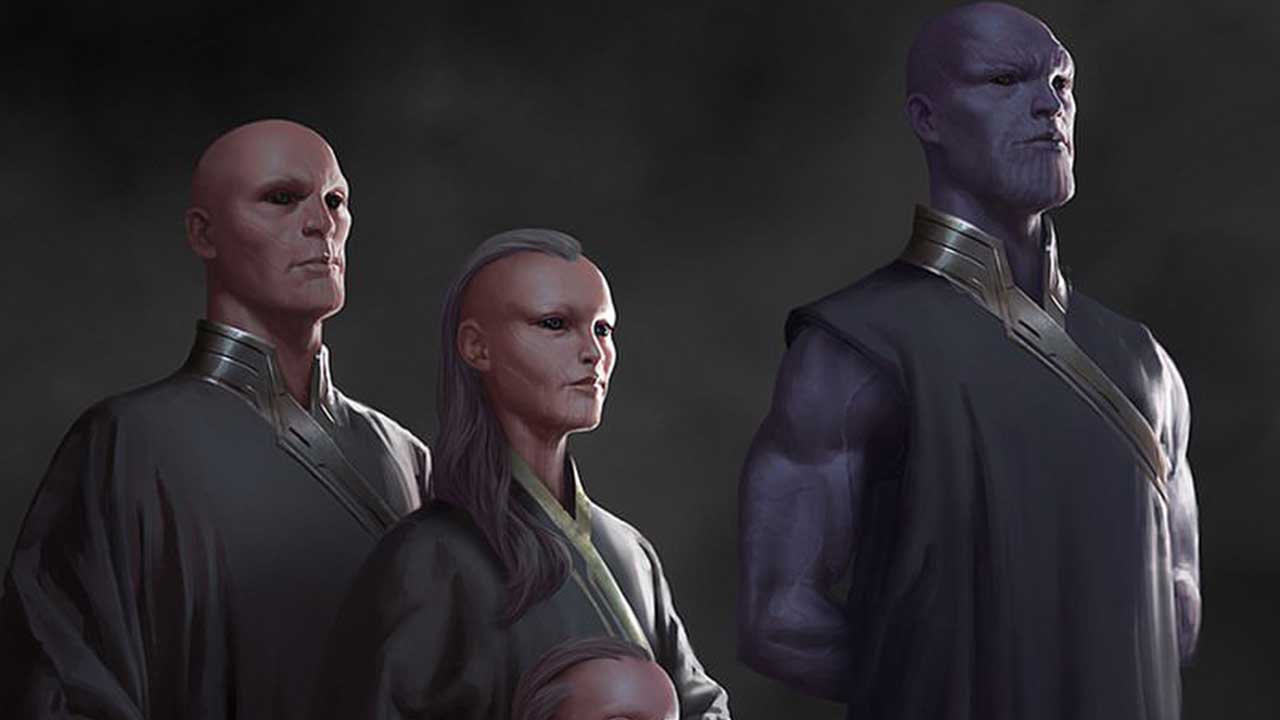 An unused piece of concept art has surfaced from the social media of Marvel concept artist Ryan Lang. The artwork gives a look at a young Thanos and his Eternals family, which were set to be featured in some capacity in one of the Avengers movies before being removed. Depicted are Thanos’ family members including his parents A’lars and Sui-San along with his brother Eros, adding more weight to Thanos as a character.

There were talks to feature more of Thanos’ flashback in Avengers: Infinity War, which is most likely where this scene would’ve played out. The decision to remove this then might have to do with Marvel Studios planning The Eternals movie for the future, which is where we could now see some of these plot points play out. It would be surely intriguing to see a young Thanos and his family in the future after we learn of the fate he goes through in Avengers: Infinity War and Avengers: Endgame.

With the potential signing of Keanu Reeves and the prospect of seeing the Kronos, The Eternals is shaping up to be an interesting adventure. And it should be, considering how Marvel is looking at making it its next big franchise. Let us know what you feel about this concept art and the idea of a young Thanos being cut in the comments below.

The Eternals is currently rumored for a November 2021 release, although those plans shouldn’t become official either until SDCC or Disney’s D23 this year.