The Punisher sees some minor plot progression but closes out with another action packed sequence. 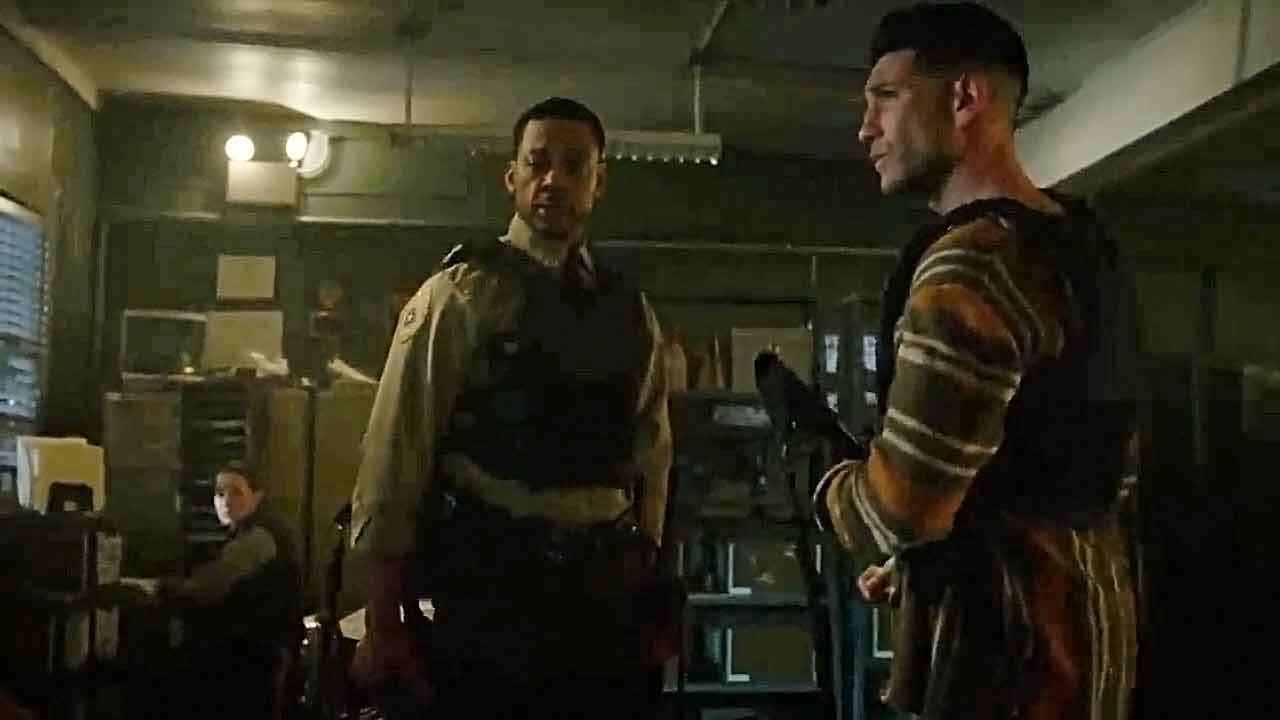 Season 2 of The Punisher is definitely delivering the goods as far as action sequences go. For one, we seem to be getting one fight every episode, with each containing the signature brutality that makes The Punisher such a violent series and character. For another, the show is fulfilling one of the primary complaints fans had with the series in Season 1 as that show was a lot more centered around Frank’s inner turmoil and struggle and ended up spreading out its action a lot more sparsely in the process.

Then again, that also brings us to the flip side of Season 2. So far, Frank’s just been drawn into a conflict for the heck of it. Where he had genuine motivations to figure out what went down in Kandahar with the events therein leading to the execution of his family, Frank here just looks like he’s actively seeking violence. It kind of reminds me of Lewis from Season 1, who just deliberately wanted to start an all-out war to compensate for his inability to adjust to normal life after being subjected to gunfire through and through. It would be super-interesting to explore that side of Frank but so far nothing’s come out of it yet.

The episode was still marginally better than the second one in that it at least offered a hint of the primary antagonist’s motivations. John Pilgrim’s religious fanaticism was hinted at, as was some potential backstory motivating him to go about his business, although I still await some naturally segued in expository scenes to let us in on the full extent of his story. Still, it at least showed that beneath that cold, stoic demeanor lies someone who’s going about all this for very specific reasons, lending a voice of reason to one of the show’s villains.

As for the other one, Russo has escaped custody and the debate ensues as to whether he’s doing all this on purpose or whether he actually planned all this out. Madani is on to the case, again for no apparent reason upfront but because she’s aware of what Russo can possibly do. She ends up reaching Frank’s location by the end of the episode and the two unite in pursuit of both antagonists. Kind of convenient if you ask me, but okay.

The majority of the episode takes place in a police precint which is bombarded by ammunition and bullets by the crazy Pilgrim when the local sheriffs refuse to hand over Castle and “Rachel” (not really Rachel). Castle comes to the rescue and in a fitting, yet sometimes cringy display of one-man-army showmanship, takes down a lot of Stewart’s forces. There’s also a brief cringy moment where Castle applauds an officer for standing his ground in the face of all odds. The gun choreography’s brutality is compounded by the amazing sound-design, which was a highlight in Season 1 as well. If you’re listening to this on headphones, high volume, you’re going to be disturbed by the gunfire and enemies falling ground. That said, you’re also going to find a hard time seeing everyone all the time considering the blackout under which the shootout takes place so hopefully the muzzle flashes should make out for it.

Overall, The Punisher is still cruising along and one of my biggest gripes so far is character motivations. Why won’t Frank just let that girl go? Whatever happened to Beth from the opening episode? By the time ite ends, everyone conveniently reunites and is ready to go to New York even though they had so much time to lay it out better? It just doesn’t fit well at this stage in terms of pacing and plot development. Let’s hope things change in the future episodes and The Punisher reaches its turning point soon.

I’m doing individual episode reviews for the second season of Marvel’s The Punisher. These reviews may be a bit heavy on spoilers so read them with caution. Check out my review for The Punisher S02E04 here.