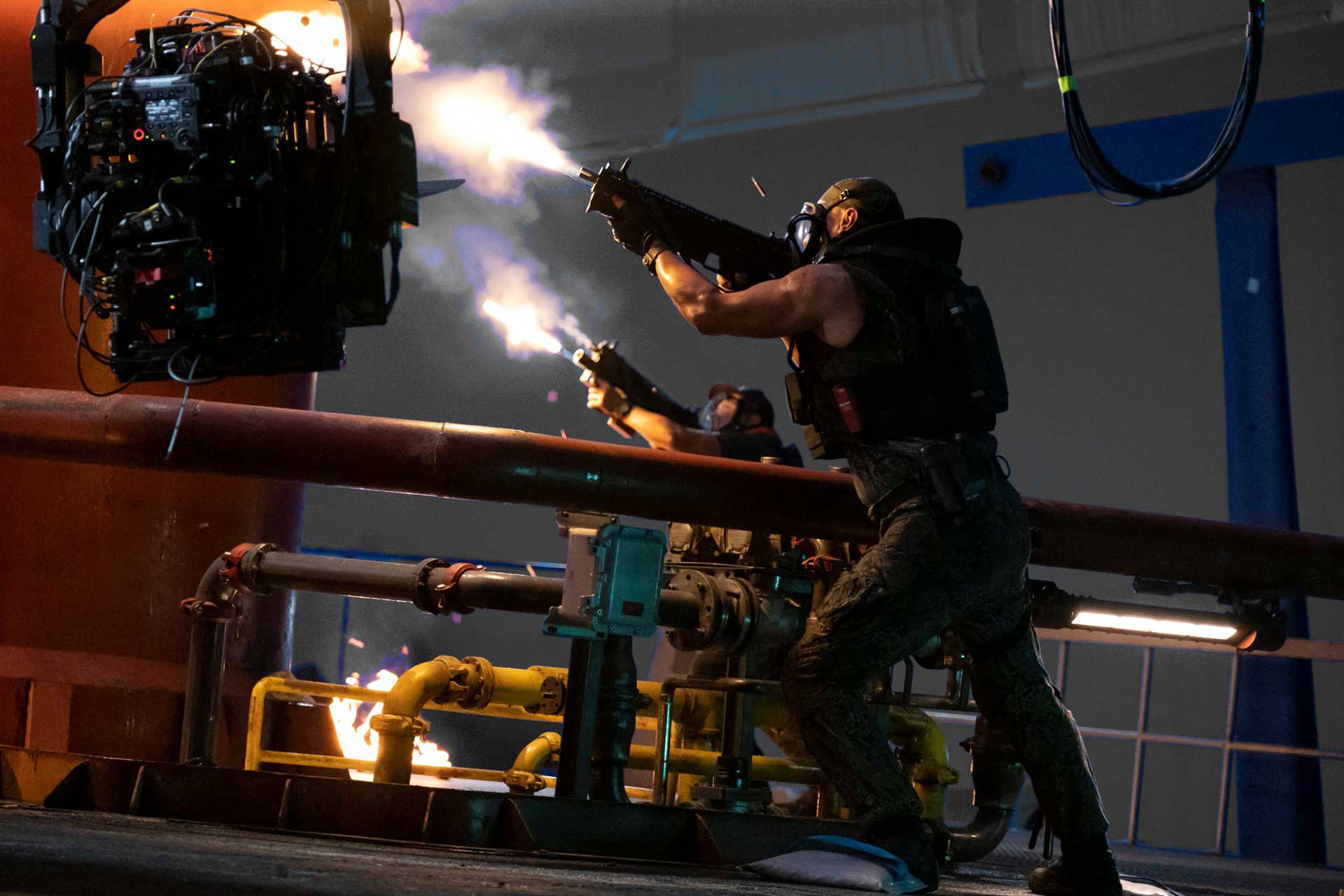 Avatar 2 has been in development for what feels like forever but off late, the producers have been kind enough to share some images with us. We’ve had our first looks at some Avatar 2 concept art and this post brings a new batch of Avatar 2 set photos. The images once again come courtesy the franchise’s official social media accounts.

First up, we have new Avatar 2 set photos, at least one of which depicts a future battle on Pandora. The first Avatar culminated in a glorious battle between the Na’vi and the RDA (Resources Development Administration) and it looks like the conflict between these two races is far from over. The battle will likely also see the return of Colonel Miles Quaritch who was killed in the 2009 film; circumstances of his return remain a mystery.

Next, there are some old Avatar 2 underwater set photos that depict more of the under-seas filming that the sequel has been going through. There’s also a shot of Sigourney Weaver in the setup with floating balls which was explained by James Cameron as a means to aid in underwater lighting. The image shows her wearing a motion capture suit so it’s possible her character resurges as a Na’vi, much like Jake Sully. Additionally, the mo-cap suit also foreshadows the sequel’s extensive work on motion capture under water which has rarely been done at this scale before.

The movie has now been nearly a decade in development. By the time Avatar 2 releases on December 16, 2022 (after yet another delay), it would’ve been 13 years, about the time period the story of the sequel is set after the events of the first film. It’ll be interesting to see how audiences embrace the sequel to the once highest grossing movie of all time and despite the temptation to skepticism, I for one wouldn’t rule out James Cameron’s Avatar sequels just yet.