The film hits theaters on December 20. 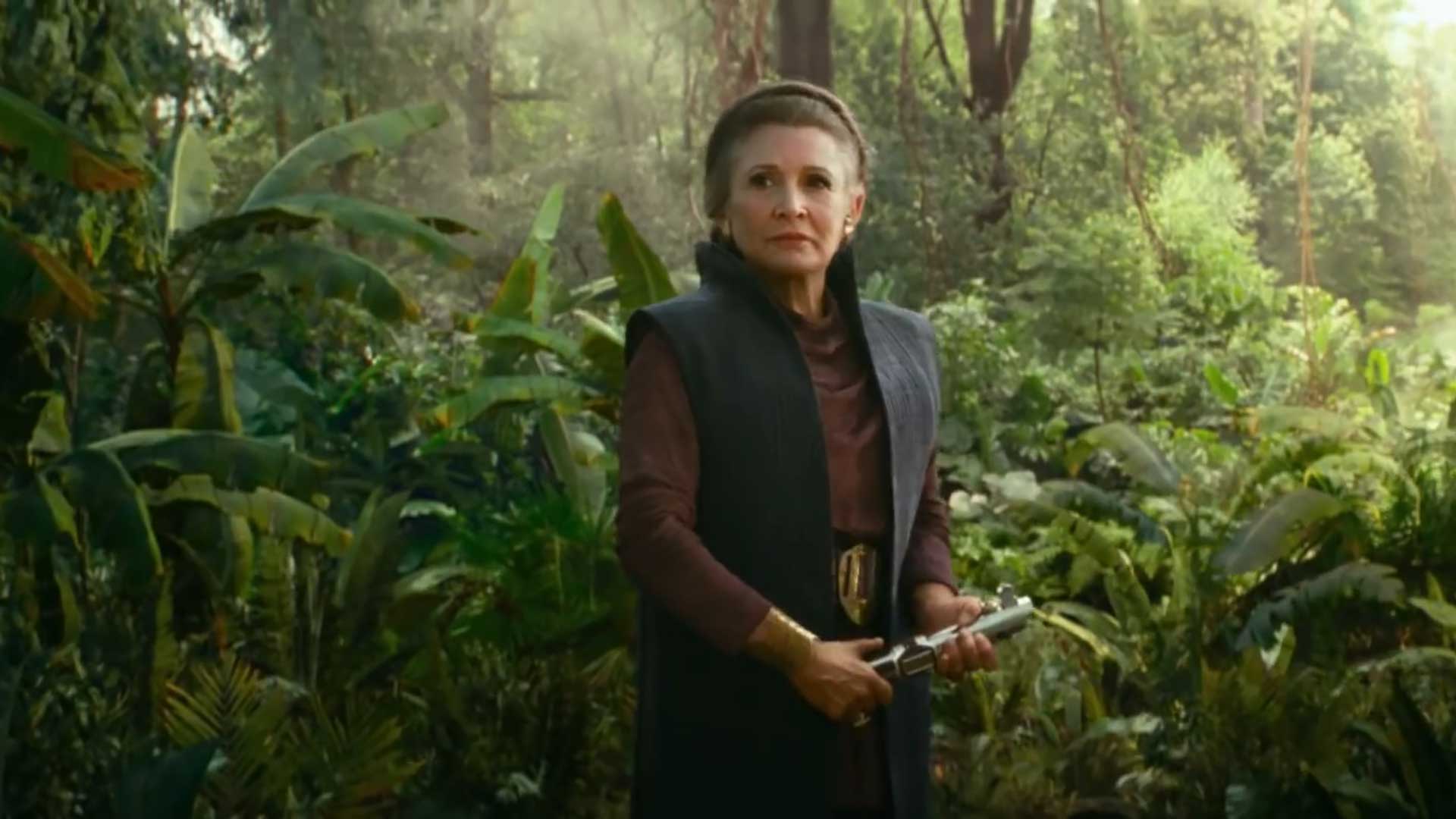 Another new day, another new Star Wars: The Rise Of Skywalker promotional material. This time, we have a new TV Spot titled Celebrate that gives us a new shot of the late Carrie Fisher. Admittedly, it’s not much footage but it’s still surreal seeing even one fresh glimpse of the iconic late actor. Apart from this, there are a few new shots here and there but it’s mostly recycled footage at this point.

J J Abrams had previously suggested that they’ve successfully dug up and utilized some unused footage that Carrie Fisher shot for The Force Awakens, writing their material around it so that they could incorporate her scenes seamlessly. It’s highly probably she has a cameo role of sorts in the film and it makes sense that we’ve seen her in the same Force Awakens costume in all her footage.

As anticipated, The Rise of Skywalker marketing is heating up. Not a day goes by without any new material being released. We recently got a load of posters and I collated all TV Spots from the past few days. There was also one with the iconic Duel of the Fates theme. And there’s still some material that I haven’t had the time to put up posts for, but soon will.