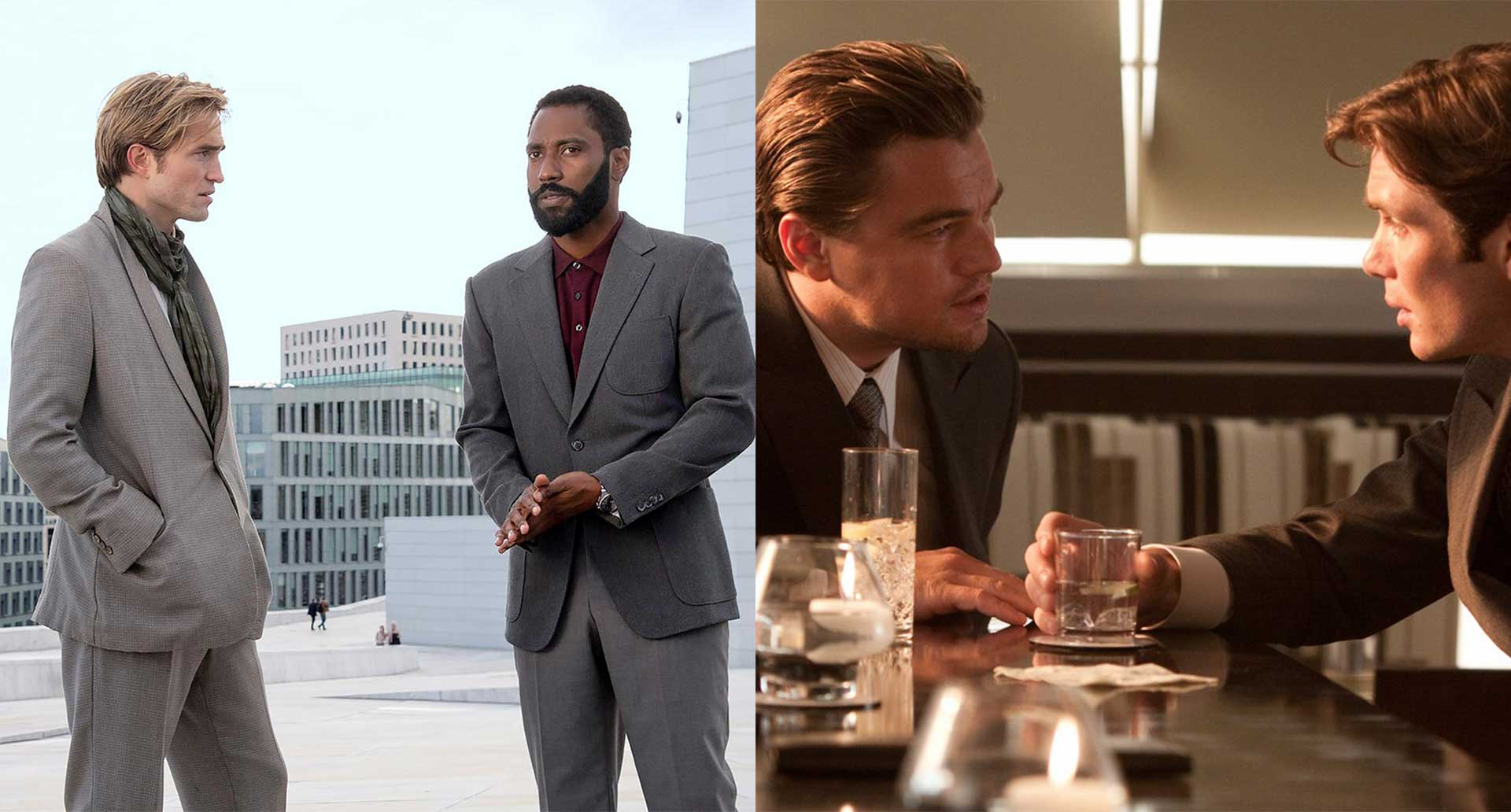 Christopher Nolan’s Tenet is the movie of the week. Amid the release of Star Wars: The Rise of Skywalker, Tenet has generated quite a buzz thanks to the release of new stills, the first full-length trailer and a 6-minute IMAX prologue. All this marketing by Warner Bros. has generated enough conversation and led to some intense speculation and theories around the film’s plot. One such speculation that keeps rearing its ugly head in fan forums is: Is Tenet a sequel to Inception.

There’s been no direct indication of any such connection between the movies either by Christopher Nolan or by Warner Bros. But fans are seeing parallels already. The concept of bending and reversing time selectively is reminiscent of Inception which dealt with dreams but also manipulated time as one went deeper within dreams. Then there’s the budget, reported at $225 million (still a rumor) which, for a big studio like Warner Bros. to allocate to an original action film in an era where original films are considered risky business is just insane. And finally, the similarities in the orchestral score from Tenet‘s prologue to Inception are further cause for comparison. Even the sole still of Robert Pattinson and John David Washington evokes memories of Leonardo DiCaprio training Ellen Page in the ways of shared dreaming.

The problem with these theories is: nearly all can be refuted by counter-arguments. Just because Nolan is twisting and playing with time doesn’t necessarily serve as strong grounds to connect his two movies. Fiddling with narrative realities and non-linear storytelling has been his forte since the beginning; Following ran three narratives simultaneously, Memento ran backwards and forwards and The Prestige told the stories of its lead magicians through each other’s diaries. The generosity of Warner Bros. with the budget can be explained by two words: Christopher Nolan. This is the same production company that threw over $160 million to let Nolan film an original war film in Dunkirk. As for orchestral similarities, again Zimmer’s scores for Nolan films have become templates in their own rights to create the kind of mood and ambience that’s expected to evoke his “brand” of cinema.

What’s also a possibility, and again something that fans are theorizing, is that Tenet could be a sidequel of sorts to Inception: a film set in the same universe as the one starring Leonardo DiCaprio, Ellen Page, Tom Hardy and Cillian Murphy. Robert Pattinson’s character could be the “expert” at navigating time, much like DiCaprio’s was the one proficient at maneuvering around dreams. It isn’t hard to imagine the existence of a high-concept future where tech exists to manipulate time, dreams and such other concepts. It leaves room open for a crossover down the line without necessarily enforcing the connection throughout the movie, leaving that for a future film to explore. This would also justify Warner Bros. more than willing to pump in $200 million+ into Nolan’s “event film”.

The beauty with this approach is, as pointed out, the freedom for Nolan to not shoehorn the connection mid-film. Taking a cue from M. Night Shyamalan’s Split, the connection between the two movies could be revealed in a post-credit stinger of sorts that has DiCaprio’s character show up along with some others. Their presence would certainly send audiences ballistic and would hype a follow-up Inception Tenet crossover beyond the wildest realms. This way, like Split, Tenet gets to remain an original film for 99% of its running time.

The trouble with this is that Nolan isn’t known for making such moves. He prefers keeping his movies standalone, carrying their own self-sufficient arcs from start to end. The only sequels he’s ever done are The Dark Knight movies and those too stemmed from the need to at least complete a trilogy for a much revered comic book character; it’s almost as if he was obligated to make the sequels and yet, had story ideas that he could use to wrap up his series neatly. Such a movie would most certainly be unusual for Nolan but it doesn’t look like something out of the realm of possibility.

The consensus then? We don’t really have an answer. On one end, it’s a no-brainer that this isn’t a sequel for the simple reason that if it were, Warner Bros. would be using everything in its power to promote it as such. An Inception sequel is guaranteed to generate more on its opening weekend than an original Tenet. Then again, circling back to the Split approach, it’s possible the Inception cast isn’t there in the movie at all, which would incite a backlash with marketing promising the audience an Inception sequel without any of the characters of Cobb, Ariadne or Eames in them. Finally, there’s also the issue of Michael Caine, a character common to both movies. Perhaps seeing more of Caine’s footage in Tenet can help us understand if he’s playing the same character.

In either case, a definite answer is impossible to give at this point and likely isn’t going to stop fans from speculating and drawing clues and connections between Tenet and Inception. All I can say at this point is this: if Tenet were to turn out to be a sequel to Inception or even set in the same universe, it would drive the fans nuts and shoot up anticipation for a crossover through the roof. Inception earned $800 million in 2010 without 3-D and without being based on an existing franchise and the potential for both Tenet and a crossover is sky-high.

Let us know your take on Tenet as a potential Inception 2 in the comments below.