A rumored logo for the movie has also surfaced. 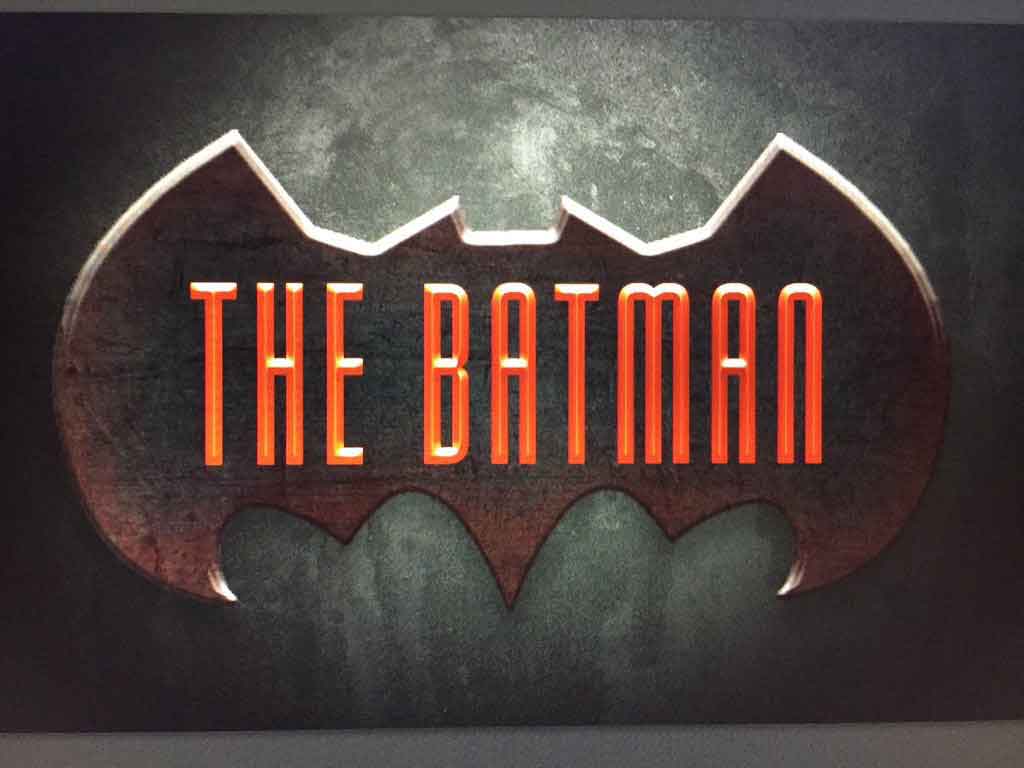 There’s been a lot of updates floating around The Batman since the past few days so I figured I’d compile it all under one piece. The general consensus thus far is that Matt Reeves has been hard at work polishing the movie’s script. He has a script, yes but he’s polishing and rewriting to include some more action beats while keeping the core of the story the same. Reeves’ Batman intends to be a detective-noir story taking the character back to his dark 30s roots (around the time he made his comic debut in the then Detective Comics series).

Warner Bros. set a release date for The Batman earlier this month although we’ve known for a while that it could begin filming in late fall 2019. Now Matt Reeves himself seems to believe that The Batman could start filming around the end of 2019, as he replied to a fan in a Q & A on Twitter.

It’s also been known for a while that The Batman will be set in the past, acting as a prequel to Batman v Superman and to the larger DCEU in general, while still continuing to be a part of the DCEU. Reports from Discussing Film have the movie eyeing a potential 90s setting; that’s right, The Batman could take place 2-3 decades before its release date depending on which half of the 90s they set it in. This makes for a cool opportunity since Batman will be stripped off all the modern gadgetry that could have otherwise made his detective work a lot easier, while still having enough of technological assistance to rely on and apply his wits and smarts to solve cases and track criminals.

And speaking of those criminals, The Penguin is a potential villain but not the only villain. Rumors have it that the Dark Knight will face-off more than one villains, and could possibly bump into them at different points during the movie when solving cases, with some playing an important role in future movies (that part is a mix of guesswork and conjecture at this point).

No actors have been cast or considered for either the lead or the villain or even for younger versions of Commissioner Gordon and Alfred Pennyworth. A rumored shortlist was doing the rounds but that’s fake (which is why we didn’t cover it). What we can take from that shortlist is what we’ve known about the kind of Batman Reeves intends on depicting on screen – a young version in his mid-to-late 20s, around 6 inches in height. This would be a Batman in his early years fighting crimes and crazed maniacs of Gotham City before he grew into the world-weary killing maniac that we saw Ben Affleck portray in Zack Snyder’s Batman v Superman. As an aside, it would surely be cool if they just incorporated Gotham actors into the fold; both Ben Meckenzie and Sean Pertwee would strengthen ties between the movie and TV world.

Lastly, a rumored logo has surfaced that claims to be an early work for the movie. It’s the one you see as this post’s featured image. It’s very early work and it’s set to evolve during production but it’s kind of the direction Reeves and Warner Bros. seem to be headed for as far as the title goes. It definitely has a vintage vibe to it, almost on the lines of Tim Burton’s Batman movies. How cool would it be though if this movie ends up being set in 1995, capping of Tim Burton’s Batman trilogy while kicking off a trilogy of its own.

So that’s your Batman updates for the week. Let me know what you make about all of these and whether The Batman has you excited in the comments below.

Written and Directed by Matt Reeves, The Batman will release in theaters on June 25, 2021. Make sure to follow its coverage right here on Appocalypse.

The Road To Avengers: Endgame – The Avengers