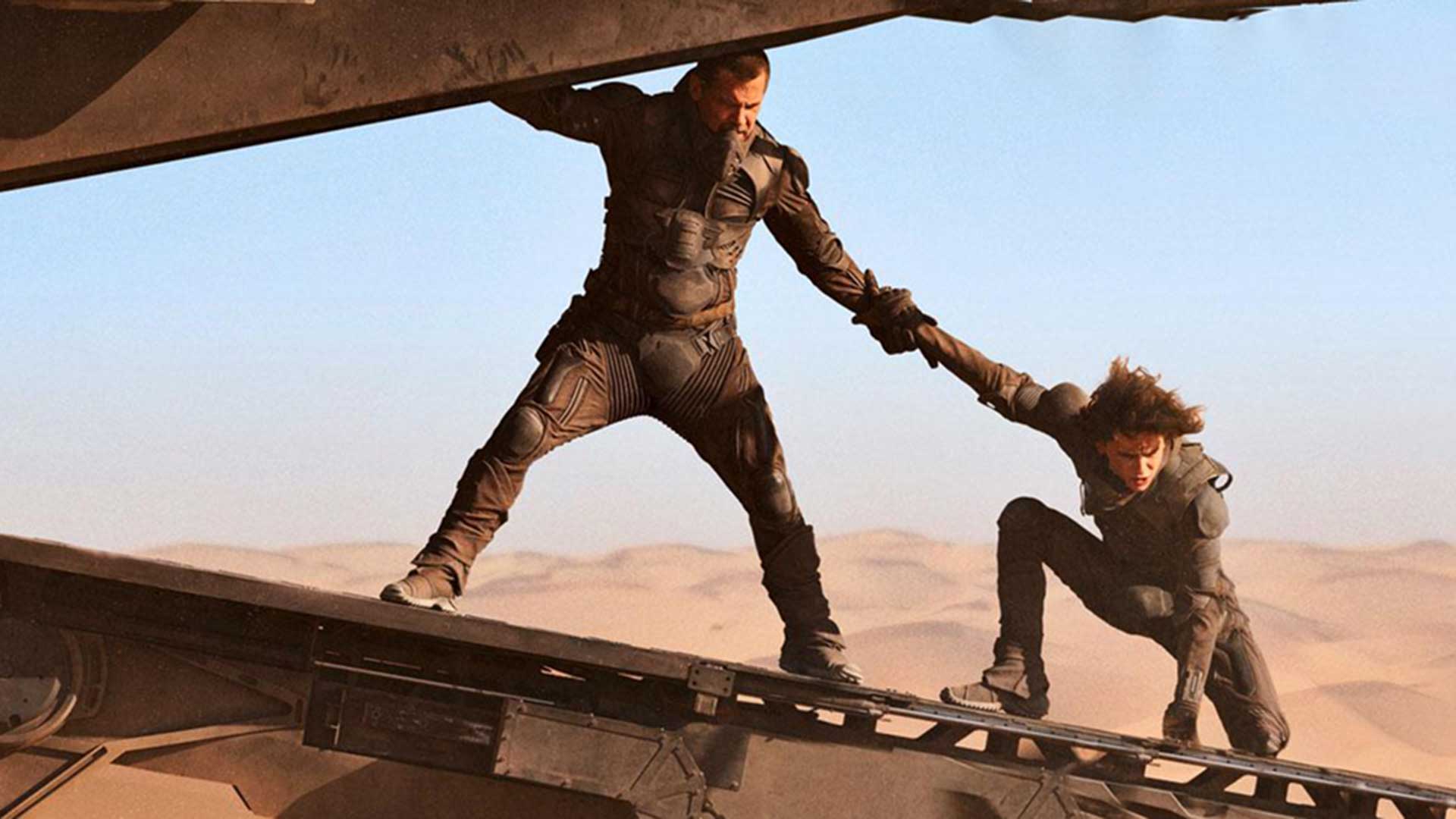 A new Dune still has been released by Empire Magazine featuring Josh Brolin’s Gurney Halleck and Timothee Chalamet’s Paul Atreides aboard an ornithopter (previously seen in leaked set photos). The still in question comes as part of Empire’s scheduled preview about the movie that is due out later this week. The still is representative of a pivotal moment according to director Denis Villeneuve as it signifies Paul’s first arrival on Arrakis and his spiritual connection to the planet is evident.

It’s Paul’s first contact with the deep desert, where he’s mesmerised by it. He has a strange feeling of being home. There’s a lot of action at this specific moment, and [it’s] one of the scenes in the movie that I’m starting to get pretty proud of.

The above quotes are likely part of a bigger interview that Empire snagged with Villeneuve that will make its way to newsstands on May 14. The publication will be looking to milk this new information with previews and teases peppered through the week so expect lots more info about Dune in the days ahead. I’ll be keeping an eye out for any new info that emerges and will update it on this blog as soon as I lay my hands on it.

Dune has created a frenzy unlike anything before. With its star-studded cast, barrage of high resolution stills released before and its nature as being a live-action adaptation of Frank Herbert’s seminal 1965 science-fiction novel, Dune has sparked widespread curiosity among audiences and critics alike. The legendary author’s son Brian Herbert had earlier teased the arrival of imminent announcements and press releases and it looks like he wasn’t too wrong about them.

The one thing that’s now left is a Dune official trailer and its online release. Undoubtedly, Warner Bros. is weighing its options and considering the right time to release a trailer. That hasn’t stopped fans from indulging in heavy speculation and theorizing about the timing of its release. What we do know is that some footage exists and it’s beyond epic, a landmark even. Here’s hoping Warner Bros. will bless fans with the trailer sooner than anticipated.