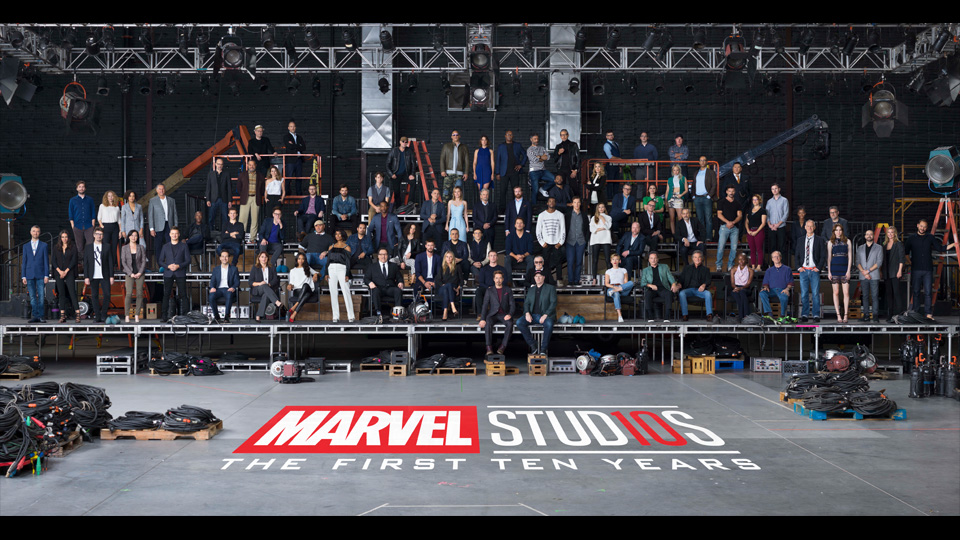 The upcoming weekend looks all set to be hijacked by Avengers: Infinity War. Two high profile magazines, Total Film and Entertainment Weekly are set to release issues featuring specials dedicated to the movie. And both have been teasing their coverage, whether it’s through hi-res stills, magazine covers or a single dangerous looking shot. Entertainment Weekly’s omnipresent reporter Anthony Breznican got chatting with the pioneer of the Marvel Cinematic Universe Kevin Feige himself and managed to get something out of him on almost every topic that fans have been clamoring to hear from him. Ever the reticent personality, Kevin Feige plays coy and yet teases enough to temper fan’s expectations.

At the top of the list is a sequel to the massively successful and phenomenally well-received Black Panther, from which the fictional location of Wakanda is set to play a major role in Infinity War. Removing all shred of doubt about the sequel’s viability, Feige confirmed that it absolutely will happen. Not just that, they seem to have a solid plan and direction on where to take the sequel, whenever it goes on the floors.

Nothing specific to reveal, other than to say we absolutely will do that. One of the favorite pastimes at Marvel Studios is sitting around on a Part One and talking and dreaming about what we would do in a Part Two. There have been plenty of those conversations as we were putting together the first Black Panther. We have ideas and a pretty solid direction on where we want to head with the second one.

Feige also seems open to at least discussing the possibilities of exploring some of the supporting characters in the movies that received lesser screen time and yet intrigued fans and critics alike. We know he’s already doing that with Black Panther but he opened up about some of the other spin-offs he’d be interested in talking about. From the world of Black Panther, Feige expressed enthusiasm about discussing spin-offs for the Dora Milaje, Shuri, Okoye or even the many other Black Panthers that T’Challa meets in his dream sequences.

There’s that moment where all of the ancestors come behind T’Chaka. We would joke and go, “I want to see … what’s their story? What’s that story? Who was Bashenga, the first king of Wakanda? Who’s that third to the left, behind T’Chaka? What was their story in Wakanda in 1938? That would be cool.” It all starts as conversations like that. The more audiences want to see these stories, the more opportunities we have to explore different places and time.

It’s a balance between leaving people wanting more and then giving them too much, but I would watch a movie about any of those characters. I think Shuri’s astounding, and you’ll see much more of her in our universe. Okoye, I think I’d watch three action films just Okoye. I’m not saying we’re doing that, but I’m saying that we’re intrigued by them. Frankly, as I’ve said before, finishing these first 22 movies is really all we’re thinking about at this point.

Speaking of the first 22 movies, the biggest of these yet is set to release in less than 50 days now. And Feige is aware of fan chatter and complaints about how Marvel never kills off any of the major characters, thus leaving them devoid of any earth-changing consequences. Feige warns fans that this could very well change with the final movies of this saga and cautions people that some of their wishes and fan theorizing might just come true.

People always will jump to that. That’s not necessarily what we’re talking about. I talk a lot, because I’m a big-ass nerd, about Star Trek: The Next Generation, “All Good Things.” That to me is one of the best series finales ever. That wasn’t about death. Picard went and played poker with the crew, something he should have done a long time ago, right? Yes. I mean, I could always list off the characters that we’ve killed in our movies that haven’t come back, but the big ones, which I know they’re looking at …? [Pause.] I would just say, yes. People need to be careful what they wish for.

Finally, on the much talked about Disney acquisition of Fox that could finally see the X-Men, Fantastic Four and Deadpool become a part of the MCU, Feige is cautiously optimistic, yet refrains from revealing too much about their plans on those. He still insists the deal is yet to be locked down and right now, the focus is only until the Untitled Avengers 4 and the movies that will follow immediately i.e. Spider-Man: Homecoming 2 and Guardians of the Galaxy Vol. 3. Note that this interview was conducted last year, when Avengers: Infinity War was still in production, hence the mention about beginning Ant-Man and the Wasp.

It’s all about getting Infinity War finished and out, starting Captain Marvel, Ant-Man and the Wasp, Untitled Avengers, the next Spider-Man, and Guardians of the Galaxy: Vol. 3. These are the ones that are keeping us busy. When and how that deal with Fox finishes and comes together and we’re told, “Hey, now you can start working on it. Now you can start thinking about it,” is when we’ll actually start thinking about it. I will say just the notion of having what, frankly, most other companies with [intellectual property] have all along, which is access to all of their characters, that would be fun.

I find it hard to believe that Feige and co haven’t even thought about or even discussed a few ways of bringing in the X-Men and Fantastic Four into the MCU. After all, they had a backup plan in place to include Spider-Man in Captain America: Civil War should the deal not work out. And given their penchant for planning movies at least 5 years ahead, it would be too naive to assume they haven’t considered their options. Regardless, the entire interview with Feige is a great piece and reveals plenty of more info. Be sure to check it out in its entirety through the source link below and let us know your thoughts on Feige’s revelations.

The Walking Dead Season 8 Episode 10 Review: The Lost And The Plundered