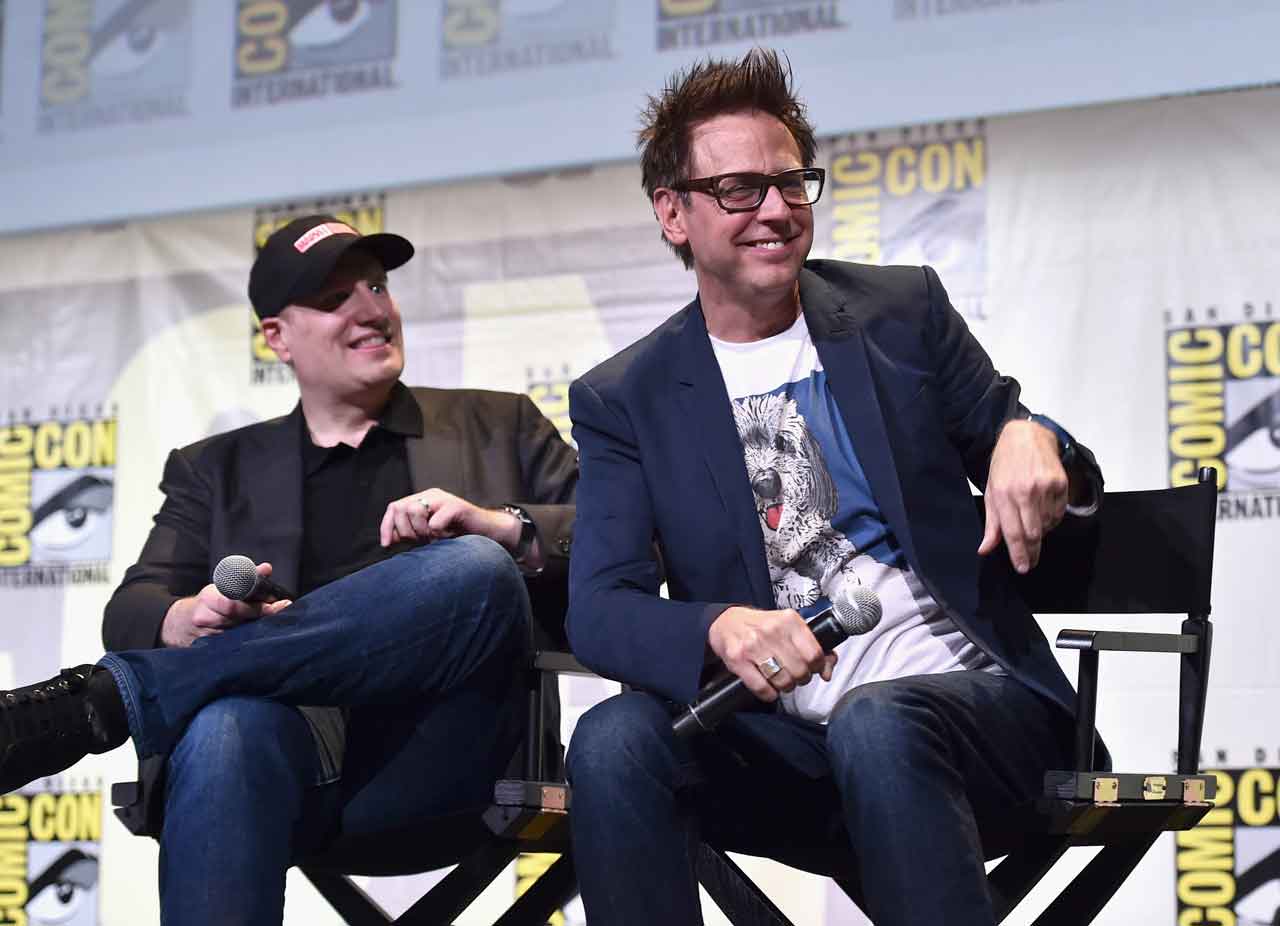 Marvel Studios President Kevin Feige attended his first Golden Globes this year, 2019, thanks to the Best Picture nomination secured by Black Panther. MTV’s Josh Horowitz got a chance to catch up with the head-honcho on several topics about the Marvel Cinematic Universe. True to his reputation, Feige opened up and offered interesting, diplomatic yet insightful tidbits. We covered his take on the title and marketing strategy for Avengers: Endgame in an earlier post but he had a lot more to offer as well.

First off, Feige explained how Captain Marvel was in the midst of post-production right now, with all the effects, soundtrack and mixing coming together. He had nothing but praise to shower on Brie Larson. They’re currently hard at work on the movie and it’s showing in the buzz that it’s been receiving (negativity aside). Speaking of which, look out for the exclusive look on ESPN later today, which will also most likely kick off ticket sales.

Brie Larson is incredible, she’s an amazing actor. We are still working on the cut. VFX coming together, music’s coming together, the final mix. Were I not on this carpet talking to you right now, I’d be in the cutting room and on the mix stage, where the rest of the team is right this second.

Next, Horowitz asked Feige about the Disney-Fox deal and his plans of integrating well-known characters from Fox’s slate (X-Men, Fantastic Four) into the Marvel Cinematic Universe. Feige revealed how he’s been hoping to lay his hands on them for over two decades. What’s more, he also hints at many other characters that are a part of the deal which Feige is eyeing to incorporate within the MCU.

The truth is, I’m excited for all of them. And it’s not just the marquee names you know, there are hundreds of names on those documents, agreements. And the fact that Marvel is the closest we may ever get now to having access to all of the characters is something I’ve been dreaming about my almost 20 years now at Marvel. It’s very exciting.

Feige has also seen Aquaman and considers the rivalry between DC and Marvel to be a non-existent issue. If anything, he’s happy for DC’s success, and even mentioned The Dark Knight when talking about Oscar-worthy superhero movies.

You know, I went to see Aquaman last night. And I really really enjoyed it. And you know me, I’ve always supported, I don’t see a rivalry.

Lastly, for the first time, Feige was asked about Guardians of the Galaxy Vol. 3 and their search for a director. Appearing a bit uncomfortable this time, Feige answered the question diplomatically, respecting James Gunn’s legacy and hoping to find a director and talk more about that soon. The frown on his face made it evident how this was either a decision taken entirely without his consent, or one where he wasn’t happy with the outcome. Here’s what he said.

I see cool films being made. And one thing you know about James Gunn is he makes cool films. Guardians will happen. When, where and how, for a later time.

The entire interview is fantastic and worth a watch. If anything, it’s great to see Feige finally talk about Avengers: Endgame and Captain Marvel and even address the James Gunn controversy in some way. With Black Panther now a guaranteed nominee in many other upcoming awards ceremony, (perhaps even the Oscars), expect more such interview from Feige to pop-up in the next few weeks.