The team looks glorious in the grand, sweeping, epic frame. 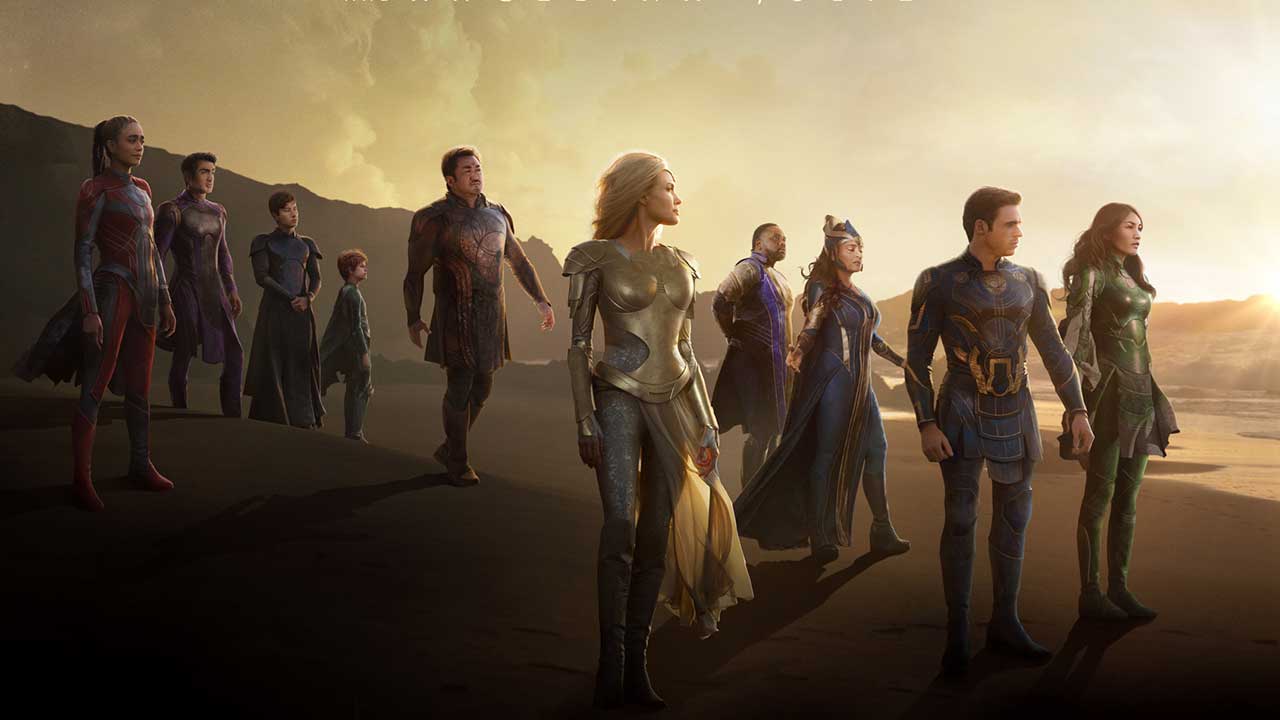 In the hype amid the Eternals trailer, I totally missed the theatrical poster that was released. Marvel Studios also dropped a brand new poster for Eternals that shows the complete team framed in the sand dunes from another angle. The backdrop looks gorgeous, epic and mesmerizing and is yet again indicative of the rich cinematography we can expect from director of photography Ben Davis and the director herself, Chloe Zhao.

Eternals has been making waves with the trailer drop. Marvel also elaborated on why Zhao was the chief reason why the film became possible to begin with. Plus, I’ve been compiling some character breakdowns of the ensemble and have so far managed Gemma Chan’s Sersi and Richard Madden’s Ikaris so don’t miss that. Lots of exciting stuff today.

Eternals is set for a November 5, 2021 release. Let me know what you think of the poster and the trailer in the comments below.