Nolan’s international espionage thriller could be taking a cue from the 2002 hostage situation. 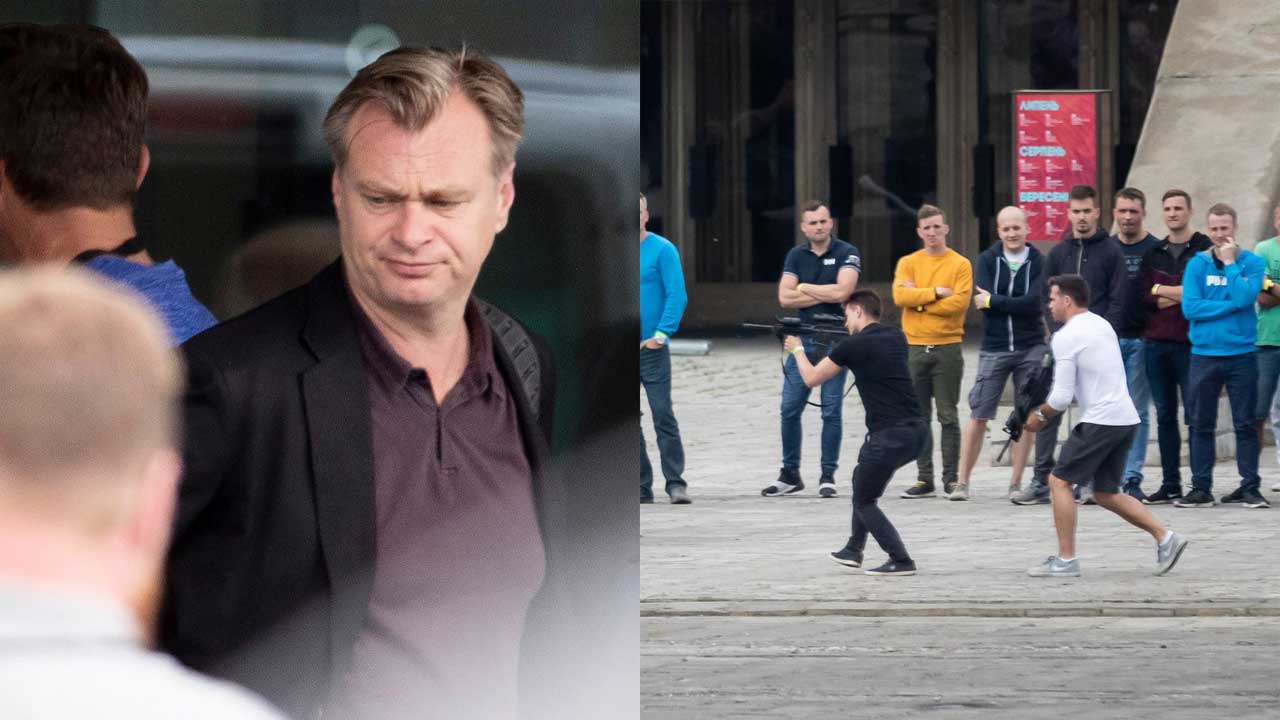 Is Christopher Nolan’s Tenet inspired by the 2002 Moscow Hostage Crisis? Apparently, that’s the latest rumor doing the rounds in regards to the plot of Nolan’s upcoming 2020 film which otherwise, continues to be shrouded in secrecy. Filming on Tenet has begun at the Linnahall in Estonia and despite stringent NDA’s in place, it appears a few extras have been inadvertently leaking some details about what is being filmed.

Scouting the web for different accounts of what was shot paints a cohesive picture. Reportedly, the location in Linnahall where Tenet is being shot has strict security measures in place, with cell phones banned from use. Anyone who enters the set as an extra leaves only when the day is end. Filming is occuring at the Tallinn City Hall which has been redressed to resemble the Ukrainian Opera in Kiev. Extras have revealed that the shooting thus far involves chaos and some form of poison gas being released. This has led multiple people to jump to the conclusion that Tenet is either inspired by or based on the Moscow Hostage Crisis situation from 2002.

Now before you jump to conclusions, I’d advise you to take this rumor with a huge grain of salt. Covering rumors is always akin to treading wobbly ground and this one’s dancing around possible and baseless. Besides, the word of a few tweets should never be taken as gospel so it’s best to do some digging of our own. What we’ve seen of filming thus far, including the presence of SWAT-team like mercenaries storming the Linnahall does indeed fit with descriptions of a hostage situation. Then again, the fact that Tenet has been stamped as an international espionage spy film set to be shot across 7 countries makes it highly improbably that the entire movie will center around an event that was largely confined to a single location.

The Moscow Hostage Crisis of 2002 saw around 850 civilians taken hostage in Moscow’s Dubrovka Theater by 40 armed Chechen terrorists. Russian special units mounted rescue attempts resulting in a stand-off that lasted days, before it ultimately culminated but not before 170 hostages died. As gripping as it would make for a movie based on a real-life incident, I highly doubt this is what the entirety of Tenet is about. It is however possible that the hostage situation plays a part in the movie and inspires certain events to transpire, thereby bringing the spy-angle into the fold.

As Tenet approaches its July filming in Tallinn, it’s caught in a stand-off of its own with Tallinn Mayor. After their attempts to shut down Laagna Tee were denied, it appears a compromise was reached between the production team and Tallinn authorities. Despite agreeing on a partial closure, it appears Nolan has asked for additional street closures that would effectively bring most of the city’s traffic to a standstill. With time running out for negotiations, Tallinn’s Mayor is still debating their options and issued an ultimatum of sorts for Nolan & co.

The city can’t make the decision to halt traffic on important streets and roads without the necessary analysis. It will thus also be necessary to do feasibility studies on these additional requests. The way it seems to me is there is not much time left for us to negotiate.

The truth is that as it seems to us, we have come a long way in reaching an agreement, but since so much more extra information arose, we had to do the analysis. We have made our own decision and this will be the final one.

With no official word from the production team, aside the press release, it’s a little difficult to piece together word from different sources. As such, there could be quite a bit of misinformation floating online so be forewarned when reading reports that claim anything about Tenet with confidence.