The day just keeps getting worse and worse for Sony. 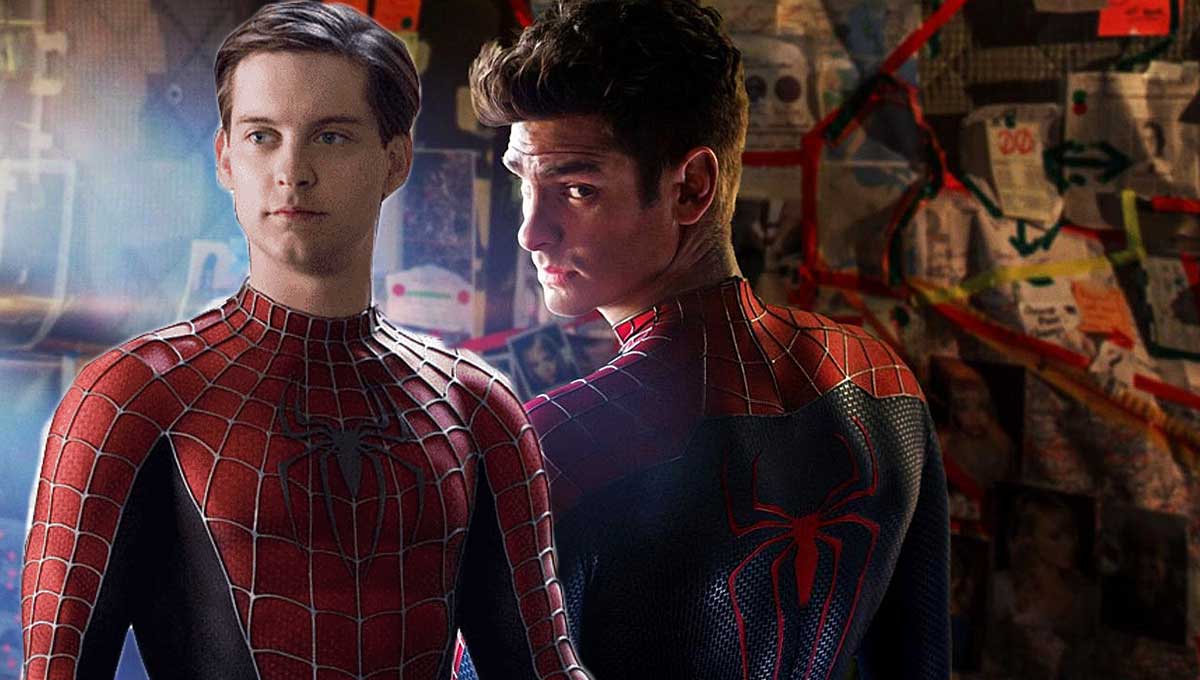 Spider-Man: No Way Home is having what is arguably its biggest, most scandalous day to date. First looks at the Sinister Six have been revealed and the movie’s full trailer has been leaked online. Tom Holland is dropping cryptic teases on Instagram. And as if that weren’t enough, a new set photo has made its way online and judging by the looks of it, it shows Tobey Maguire and Andrew Garfield on the set of Spider-Man: No Way Home, in their spidey outfits. Without any further ado then, here it is.

As with the other leaks, it’s hard to verify a legit source for this. The image is blurry and sees Maguire and Garfield in their respective Spidey outfits from their respective Spider-Man movies. Both are unmasked, standing atop some sort of a ledge with lots of green screen in the background. If true, this image could be from scenes that are a part of the climax of No Way Home which, if rumors would have you believe, will involve all three Spider-Men fighting side-by-side against the Sinister Six.

It’s very possible that someone digitally altered this image to simply capitalize on the onslaught of leaks, with the intention that it would be believed as some genuine leaks have occurred. Then again, it’s also quite likely that the image is legit and comes as yet another leakster was probably emboldened seeing the frenzy around the new info we’ve learned about the movie thus far. If true, this is the last straw that confirms the rumored Multiverse plot theory that floated around a few months back. I’ll keep you posted as more info develops around this.

Meanwhile what do you think? Let me know in the comments below whether you feel this is fake or legit. And as with the other leaks, I’m only linking this via a Twitter handle so watch it while you can before it gets taken down.

Update: The tweet has been removed and the account posting it has been suspended. This most likely confirms the authenticity of the tweet. Here’s another tweet that contains the same set photo along with a new one that shows a very clear closeup of Andrew Garfield. This new set photo, I’m not entirely sure if it’s real even though it looks legit. Assuming that it totally is, I’m beyond hyped for the movie now.

Update 2: The tweets keep getting taken down. Here’s another one. There’s a third image as well although it’s unclear as to what exactly it’s trying to show. As you can guess by now, it won’t be long before these are taken down as well.

Tom Holland Posts Cryptic Message, Did He Know About The No Way Home Leaks?