The sequels will be shooting extensively underwater. 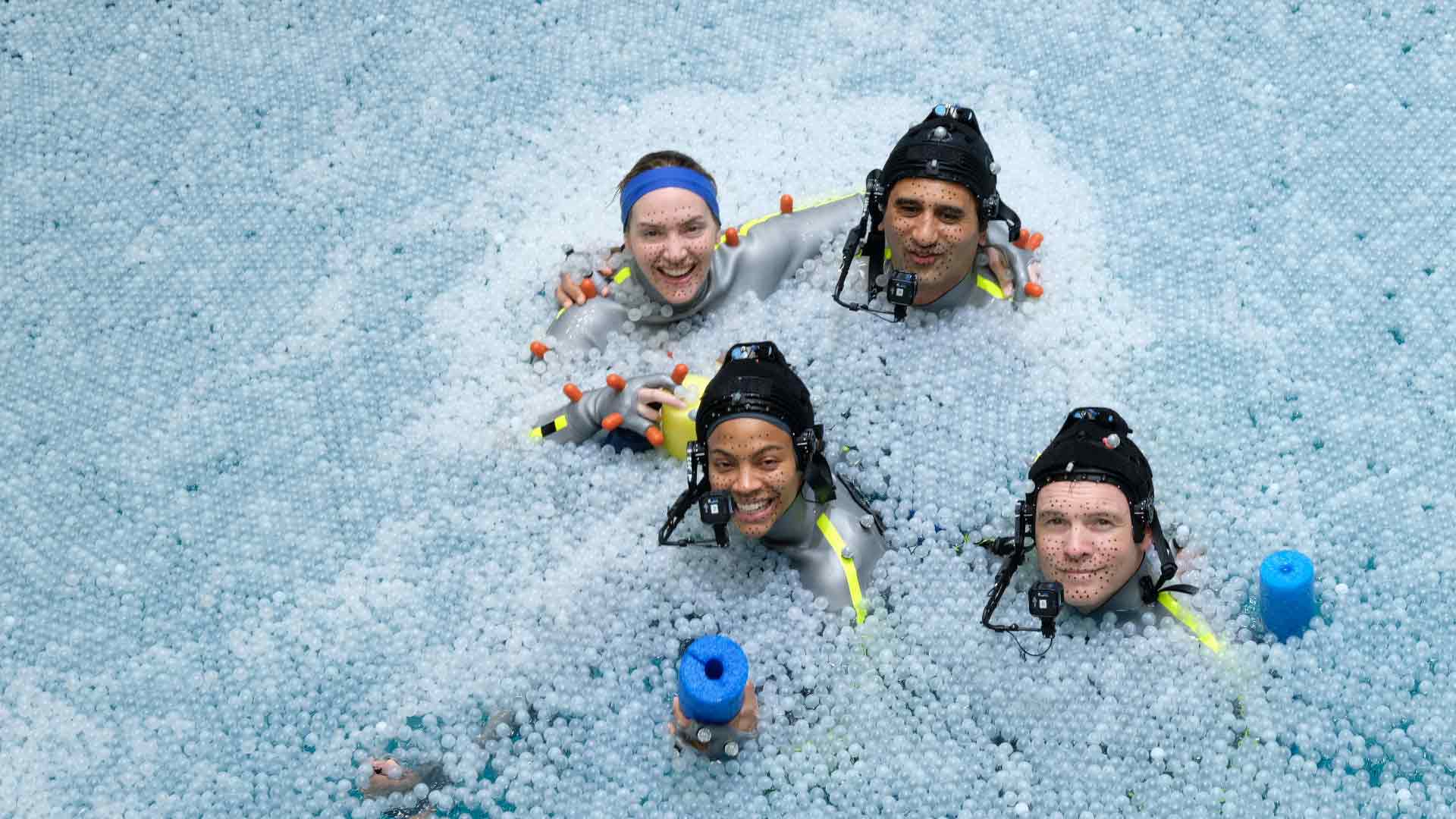 Avatar 2 has been touting its path-breaking underwater photography for a while through posts, hints and some images. A new set photo from behind the scenes yet again spotlights the underwater filming. Seen in the image are returning players Sam Worthington and Zoe Saldana as they are joined by franchise newcomers Cliff Curtis and Kate Winslet. The 900,000 gallon tank is where most of the underwater filming on the sequels has taken place. You can see the same ball of nets that was talked about in the previously released set photos.

Filming on Avatar 2 has been halted due to the coronavirus though Cameron recently expressed hope that it should be able to make its intended release date. Two sequels are filming back-to-back and two more will be filmed if these two turn out to be a success. Cameron has previously compared his Avatar films to The Godfather saga of stories while expressing some disdain for Marvel movies. Combined, all four sequels will set the studio back by a hefty amount.

Avatar 2 is set for release on December 17, 2021. It stars Sam Worthington, Zoe Saldana and Sigourney Weaver reprising their roles as Jake Sully, Neytiri and Dr. Grace Augustine. They will be joined by Cliff Curtis playing Tonowari, a leader of the Metkayina clan, Kate Winslet who plays Ronal, a Metkayinan free-diver, David Thewlis and others. Jamie Flatters, Britain Dalton and Trinity Blass will portray Jake and Sully’s children.