Black Widow, Mulan, No Time To Die – All The Movies Delayed Due To Coronavirus

Here’s a list of all movies whose release dates were delayed due to the #COVID19 virus outbreak. 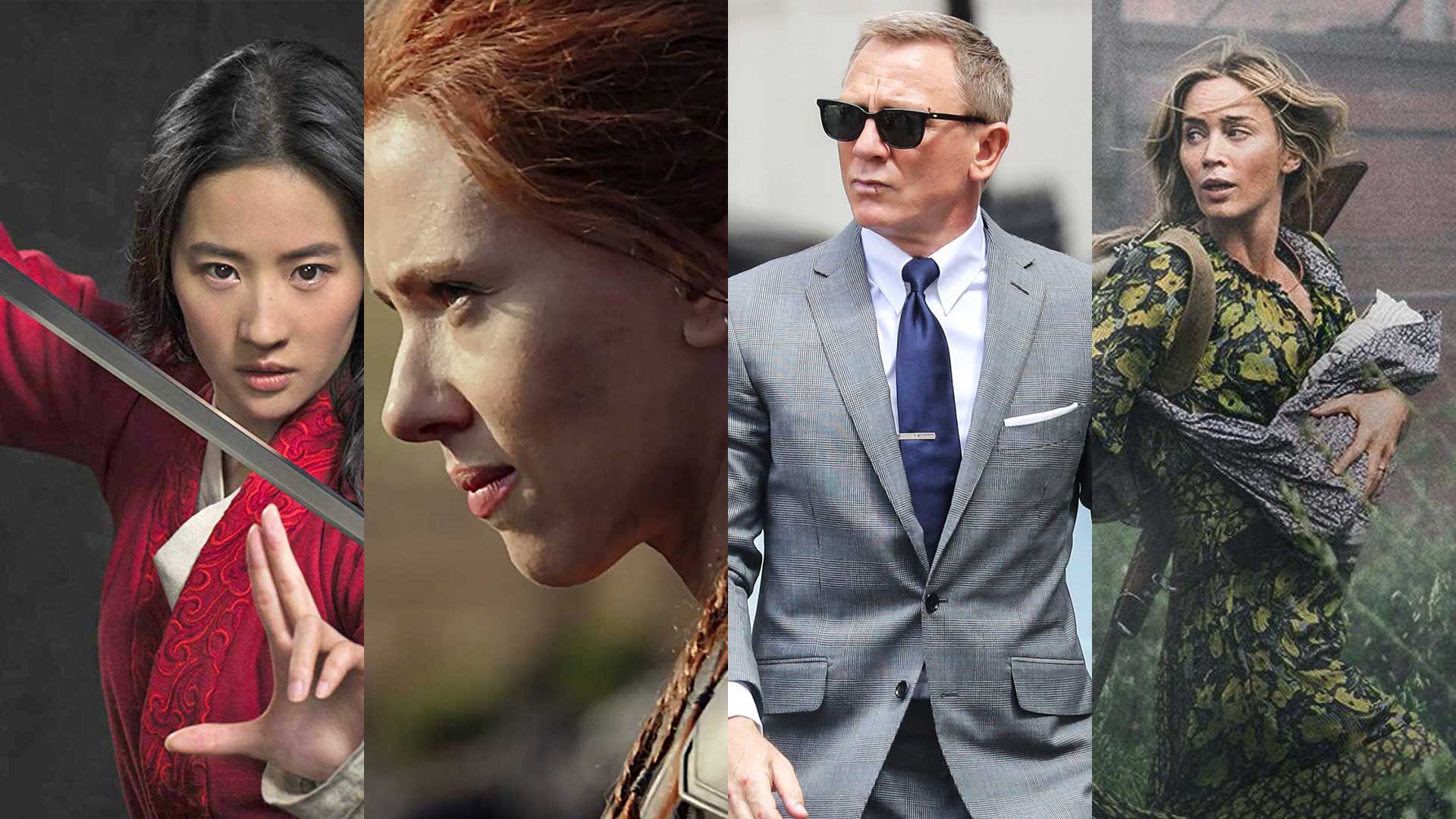 Hollywood has seldom been hit by a situation as serious as the Coronavirus outbreak. What started off in the Chinese city of Wuhan (although its origins are now being contested), has in the weeks and months since, evolved and spread out to over a 100 countries, becoming a global pandemic. The virus has now infected over 300,000 people and led to over 10,000 deaths worldwide, with that number rising steadily every single day.

But this isn’t yet another coverage of the COVID-19. The internet is full of articles, tweets, op-eds and countless other pieces detailing the spread of the virus, the precautions that need to be taken, and the measures adopted by different countries to fight it, including the nationwide lockdowns imposed in Italy and India. This post is more about the impact of the virus on Hollywood, specifically a shift in all the release dates of movies and what looks to be a barren summer season going ahead.

The last few weeks have seen multiple movies being delayed in wake of the virus. The rationale for this? One of the most effective ways to contain the viral outbreak is through social distancing and packed movie theaters are only going to aggravate the situation. Hence the shutting down of cinema chains and the delay in the release dates of the following films:

Set for a wide release on March 13, 2020, A Quiet Place: Part II was meant to be the spring season’s first big / popular film, kickstarting the extended summer movie frenzy. It almost made it to its release date but was delayed later in the year. That last minute push would’ve certainly hurt the film given the considerable amount of marketing dollars already spent for its impending release.

Mulan was gaining considerable positive rep across the film community for its updated portrayal and reimagining of a Disney musical into a strong Chinese tale featuring a predominantly Chinese cast on a vast, $200 million budget and scale. A release was imminent, to the point that it even had its world premiere. But even as its release date approached, concerns mounted over the film’s capability of performing well in China given the viral outbreak that had already gripped the nation. Eventually, Disney did what everyone expected and pushed Mulan, the year’s possibly first breakout hit, back to a later date.

No Time To Die

The first James Bond film in the last 5 years and Daniel Craig’s final outing as the famed 007 agent, No Time To Die was widely anticipated in its April 2020 release. Unfortunately, the viral outbreak denied audiences of a summer bond outing, causing it to be pushed back later in the year. Fortunately, it at least has a concrete release date and will now be hitting theaters on November 25, 2020. It’s one of the few releases to have actually gotten a firm, solid release date.

At this point, The New Mutants is a tragedy. If memory serves right, this is the third or fourth time its release has been shifted, largely for no fault of its own. The first two times, it was shifted because of the apparent negative test screenings and director-producer Simon Kinberg’s propensity to tinker with the ending heavily. The Disney acquisition of Fox pushed it a third time and the viral outbreak has pushed it yet again. The New Mutants won’t be making its April release date and at this point, it would be simply better off releasing directly on one of Disney’s streaming platforms.

The franchise may have lost its sheen but Vin Diesel had kicked off promotions in style by virtue of the studio unveiling the full-length 3.5 minute trailer that gives away the entire movie. This was accompanied by a Super Bowl spot as well, only for the movie to be shifted by an entire year, to April 2021. Universal Studios must be screaming internally for spending that kind of money on a Super Bowl spot, only for the viral outbreak to ruin their marketing plans.

Marvel Studios’ big summer tentpole, Black Widow was set to kick off the next phase in the Marvel Cinematic Universe while also giving Scarlett Johansson her due in the form of her female-led solo superhero film that fans have been clamoring for a long, long while. A considerable amount of marketing was done through the launch of the first trailer back in December, a Super Bowl spot, as well as a second oficial trailer as recently as a few days back. Fans were wondering if Marvel would push the panic button and delay the release as well and turns out that’s indeed what happened. Black Widow too has been pushed from its May 1, 2020 release date to an indefinite date in the future.

And here’s a list of movies whose release dates are likely to be shifted:

DC’s hugely anticipated Wonder Woman 1984 looks poised for a June 5, 2020 release with a trailer that has generated a healthy buzz. So far, it’s keeping that date and unless the coronavirus situation continues, chances are it could be the summer blockbuster film that actually kicks off the summer season. However, given the grim nature of the outbreak at this point, I’d wager it’s looking increasingly likely that Warner Bros. will shift its release date. Even if the virus is contained, people are far more wary to venture out immediately which could hurt its box-office.

Christopher Nolan’s thriller evolving from the world of international espionage, Tenet made waves back in December with its slew of promotional material that included a full-length trailer as well as a 6-minute IMAX prologue. Anticipation continues to mount and Nolan has yet to disappoint with any of his films. For now, Tenet maintains its July 17, 2020 release date and since it’s so far ahead, I’m cautiously optimistic and simultaneously pessimistic about its chances of sticking to that date. I’d say there’s a 50-50 chance at this point that it could be shifted out.

And these are just the tip-of-the-iceberg scenarios. I’ve deliberately chosen the biggest movies of the season simply to convey the magnitude of the situation that Hollywood has been hit with. Suffice to say, with theaters shut, every single movie set to open on March, April or May should eventually be postponed.

This will undoubtedly lead to a big slump in box-office, as well as a plethora of other challenges that I will examine in a separate post.

Wonder Woman 1984 Delayed To August 2020 Due To Coronavirus