This is the second look to surface depicting the Celestials. 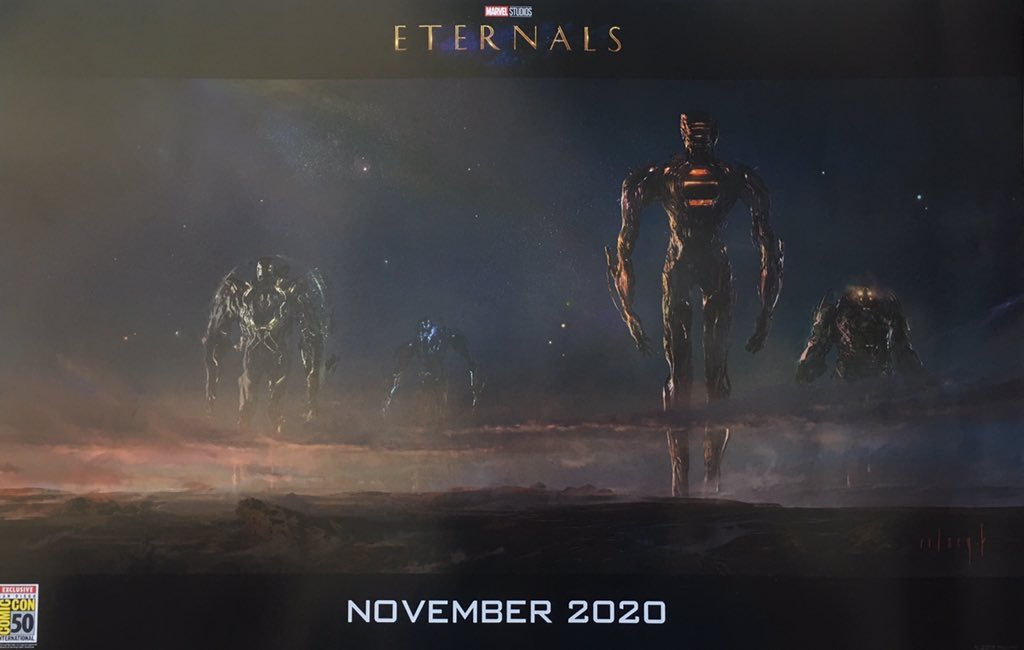 The Eternals made a big splash at Disney’s D23 Expo when Marvel Studios President Kevin Feige brought out the entire cast, while also confirming the inclusion of Captain Marvel‘s Gemma Chan and Game of Thrones star Kit Harington. A new concept art from D23 has surfaced showing yet another look at the giant Celestials in space. Check it out below.

This is our second look at The Eternals after the first officially released concept art that again showed the Celestials (third if we count the character reveals from D23). It’s becoming increasingly clear that the Celestials are set to play an important role in the movie. They aren’t exactly strangers to the MCU; a Celestial was seen wielding the power of the Power Infinity Stone in James Gunn’s Guardians of the Galaxy. And Ego, Peter Quill’s father, was revealed to be a Celestial in Guardians of the Galaxy Vol. 2.

The Celestials are a race of immortal beings who helped shape the world of the Marvel Cinematic Universe as we know it. In the comics, they are responsible for the creation of the Eternals, a race of the superpowered beings also a byproduct of genetic experiments. They’re often at war with their counterparts, the Deviants although they went through an internal civil war among themselves in the comics over whether or not they should conquer other races.

The Eternals is shaping up to be one of Marvel’s biggest Phase 4 offering. Roping in a cast that includes the likes of Angelina Jolie, Kumail Nanjiani and Salma Hayek as well as Richard Madden (reuniting with his Game of Thrones brother), Marvel is eyeing to make it its next big franchise. It will be directed by Chloe Zhao and is currently set for a November 6, 2020 release.