Dark Phoenix is due for release in Summer of 2019 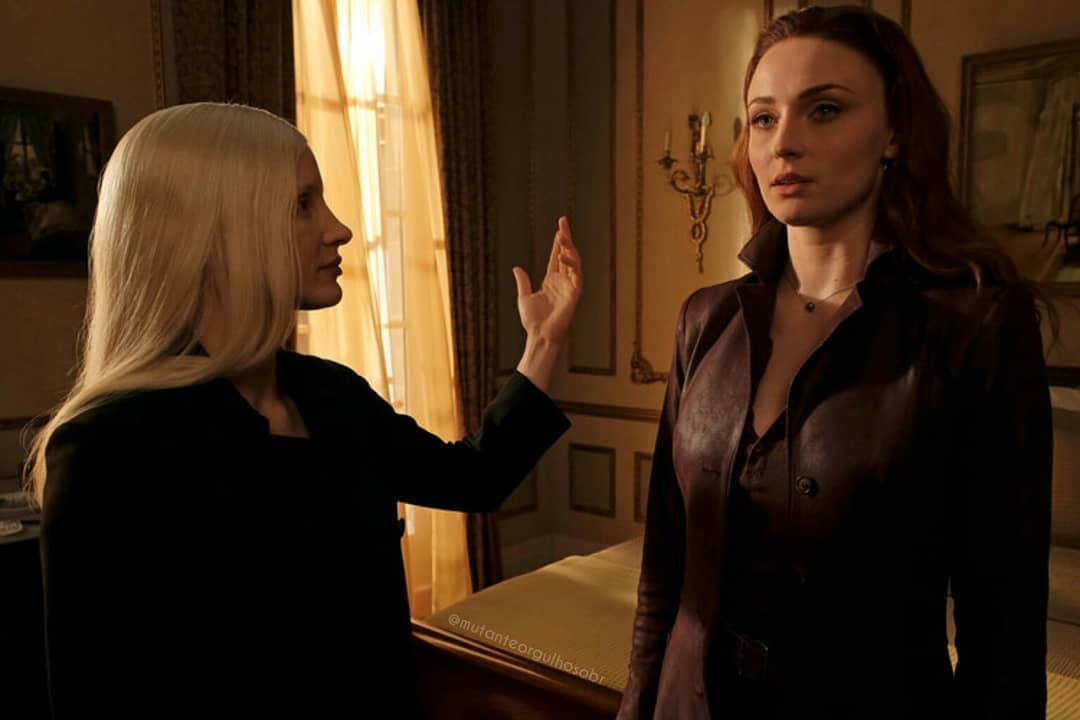 Despite the odd spot that X-Men: Dark Phoenix finds itself in, marketing continues dropping stills, albeit at a slow pace. Two stills have found their way online in the last few days. The first one was released by Empire Magazine and shows Sophie Turner’s Jean Grey in the company of Jessica Chastain’s as yet unnamed, alien character. It appears Chastain is trying to influence her, which is what the central plot itself revolves around; apparently Chastain’s character unleashes the Dark Phoenix trapped inside Jean Grey for her own nefarious purposes.

The second still seems to be an alternate version of a previously released one, as spotted by X-Men Films. It was dropped by Beast actor Nicholas Hoult on his social media and sees an injured Magneto (Michael Fassbender) with his early brotherhood of mutants, including the likes of Alexandra Snipp as Storm, Tye Sheridan as Cyclops, Andrew Stehlin as Red Lotus, Kodi Smit-McPhee as Nightcrawler, Kota Eberhardt as Selene and Hoult himself as Beast. The reason between the difference in stills could be narrowed down to either outtakes, or the extensive reshoots Dark Phoenix is undergoing after being delayed multiple times.

X-Men: Dark Phoenix simply known as Dark Phoenix is set for release on June 7, 2019. A trailer for the movie is available, with a second one expected to drop soon. Hans Zimmer will compose for the movie returning from his supposed retirement from superhero movies.