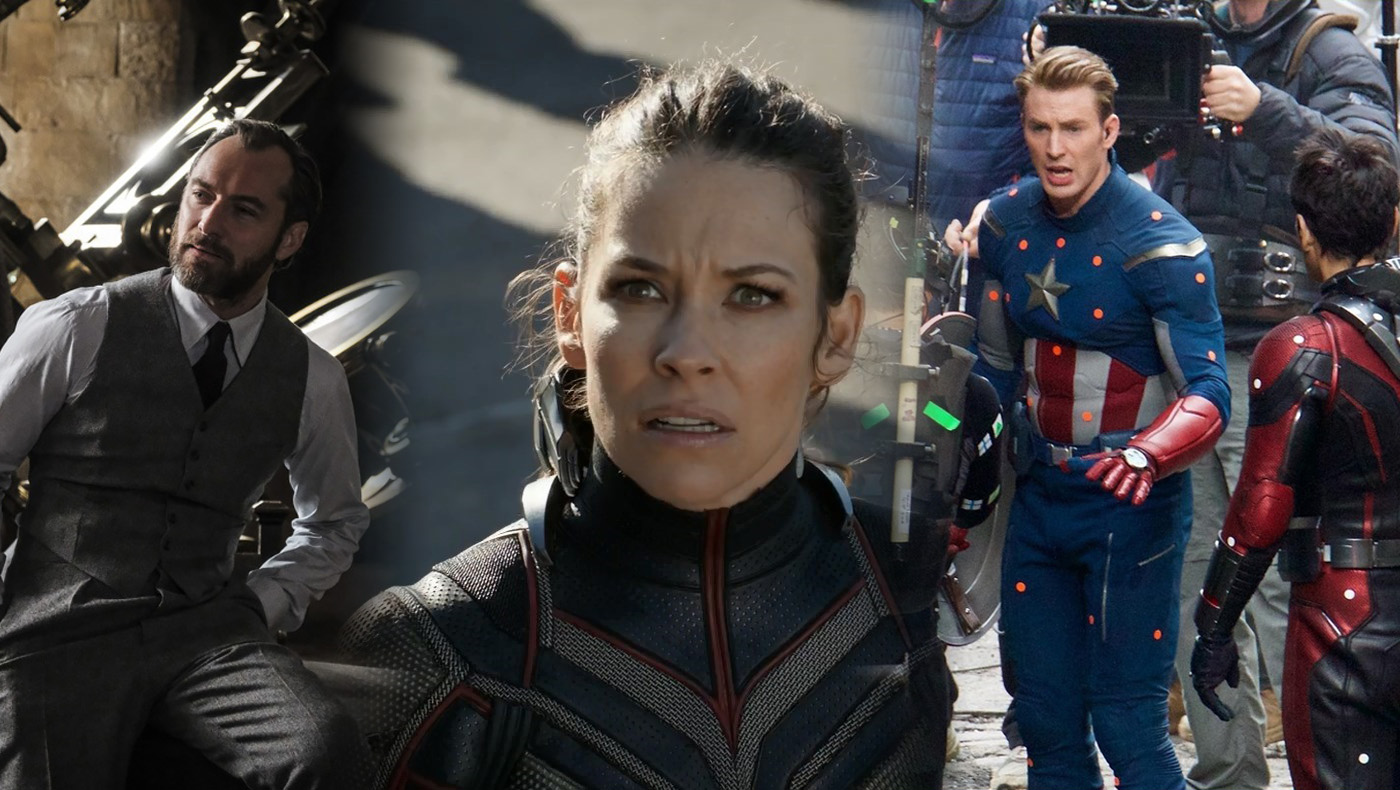 The New Year is off to another fast-paced start. It seems only yesterday that we celebrated the arrival of 2018. And already, the first month of the year gone by is behind us. To that end, we thought it’d be interesting to look back upon the month that went by and check out some of the most important pieces of news in the world of Entertainment encompassing the world of Movies and TV Shows.

Traditionally, such monthly round-ups are done using Page View counts; articles that have garnered the most Page Views get featured in the list. We however, are admittedly (and quite frankly) not as big at this stage to use a Page View count to rate our articles, preferring instead to handpick the items we feel caused the most buzz in the month we raced past. We prefer this approach and feel it more accurately reflects happenings of the month; just because an article didn’t rake up enough views on our site doesn’t mean the piece of news associated with it didn’t cause a stir over the internet.

Rewinding the clocks back to Jan 2018, there’s a lot that went by in the last month. Most of it though has to do with movies in varied stages of production rather than any movies actually releasing. Let’s get started with the articles without further ado:

Production on J. K. Rowling’s Fantastic Beasts sequel is in full swing. And last month, a series of images silently popped up on Warner Bros.’s official site for the movie showcasing Jude Law making for a drooling Dumbledore. There were shots of Eddie Redmayne as New Scamander and Johnny Depp in the role of the dark wizard Grindelwald as well along with a new character. Head on over to the link to check out the full images.

As was widely anticipated, and practically to no one’s surprise, Star Wars: The Last Jedi surpassed the $1 billion mark at the onset of the first week of the New Year. This makes it the third Star Wars movie by Disney to have achieved the milestone in as many Star Wars movies produced by the mouse house. As of this writing, it sits at $1.3 billion worldwide making it 2017’s highest grossing movie. Navigate the link to find out which other records were broken by The Last Jedi in its theatrical run.

Marvel seems to cause a positive stir and frenzy with each subsequent frenzy. After catapulting Ragnarok to stardom with its jazzy trailers and promotion, Marvel’s Black Panther is generating its own hype. Last month saw tickets go on sale as also several promotional elements such as featurettes, TV Spots and stills pop-up all over. And with Black Panther advance ticket sales exceeding those of Captain America: Civil War, Marvel could very well have yet another blockbuster on its hands.

Captain Marvel began production in the last week of January and set photos quickly surfaced showing Brie Larson in full costume. The costume sports a lot of green and it’s unclear at this stage if it will be CGIed to something else in post-production. Use this link to have a look at the set photos.

Even though fans had no doubt about its arrival, HBO officially confirmed the final season of Game of Thrones in an announcement on its site. What was disheartening was another confirmation that the show will be skipping this year and instead air in its usual spring run time in 2019. Production on the show meanwhile is in progress with secrecy and on-set security rumors circulating about the presence of multiple endings on the show to prevent the real one from leaking out.

Ant-Man and the Wasp Teaser

Marvel’s third although under-the-radar movie of the year, Ant-Man and the Wasp finally got a teaser trailer showing lots of shrinking and expanding action. The sequel to Ant-Man looks to be every bit as fun as the first movie was. And we finally get to see the Wasp fully suited up as well as in action. Head on to the link to watch the trailer in full glorious HD.

Avengers: Infinity War is known to pack in quite many characters in each scene. The Russo Brothers sparked both a craze and a few worries when they revealed back during the pre-production of the movie that they were sitting with writers Christopher Markus and Stephen McFeeley with a board of 67 characters. Recently, Anthony Mackie who plays Falcon in the cinematic universe, hinted at a scene involving more than 40 superheroes. Now that’s a lot of main characters for a scene. Read on for details.

Yet another shakeup was reported to have taken place at Warner Bros. in light of the box-office and critical failures of recent DC movies (Wonder Woman excluded). Toby Emmerich, overseer of successful horror franchises such as It and The Conjuring was named chairman of Warner Bros. Pictures Group with President of Worldwide Marketing Sue Kroll taking an extended leave. Whether or not this means DC’s troubles are over remains to be seen. You can read the full details here.

After sitting on fan wish lists for months, even being subject to numerous fan posters titled Budapest, confirmation arrived on a standalone Black Widow movie. The project is far from kicking off at this stage although the report stated that a writer has been attached to work on the project. If true, it would be yet another example of Marvel actually paying attention to fan wishes and giving them a dose of what they want. Read on for more details.

Avengers 4 has been a tightly guarded secret since its inception. Set photos however have been slowly trickling out on the internet. The recent batch of set photos however sent the entire fandom in a frenzy when they depicted the main Avengers on the Battle of New York set. To add to the confusion, Paul Rudd was present as Ant-Man in full costume interacting with Tony Stark and Captain America. The question on everyone’s collective minds was what on earth 199999 was going on? While we think we may have an answer for that, we’ll never truly know until the movie’s trailer is out, or at least it’s title is revealed.

That’s it for Jan 2018. Check back for more updates on your favorite Movies and TV Shows right here on Appocalypse.