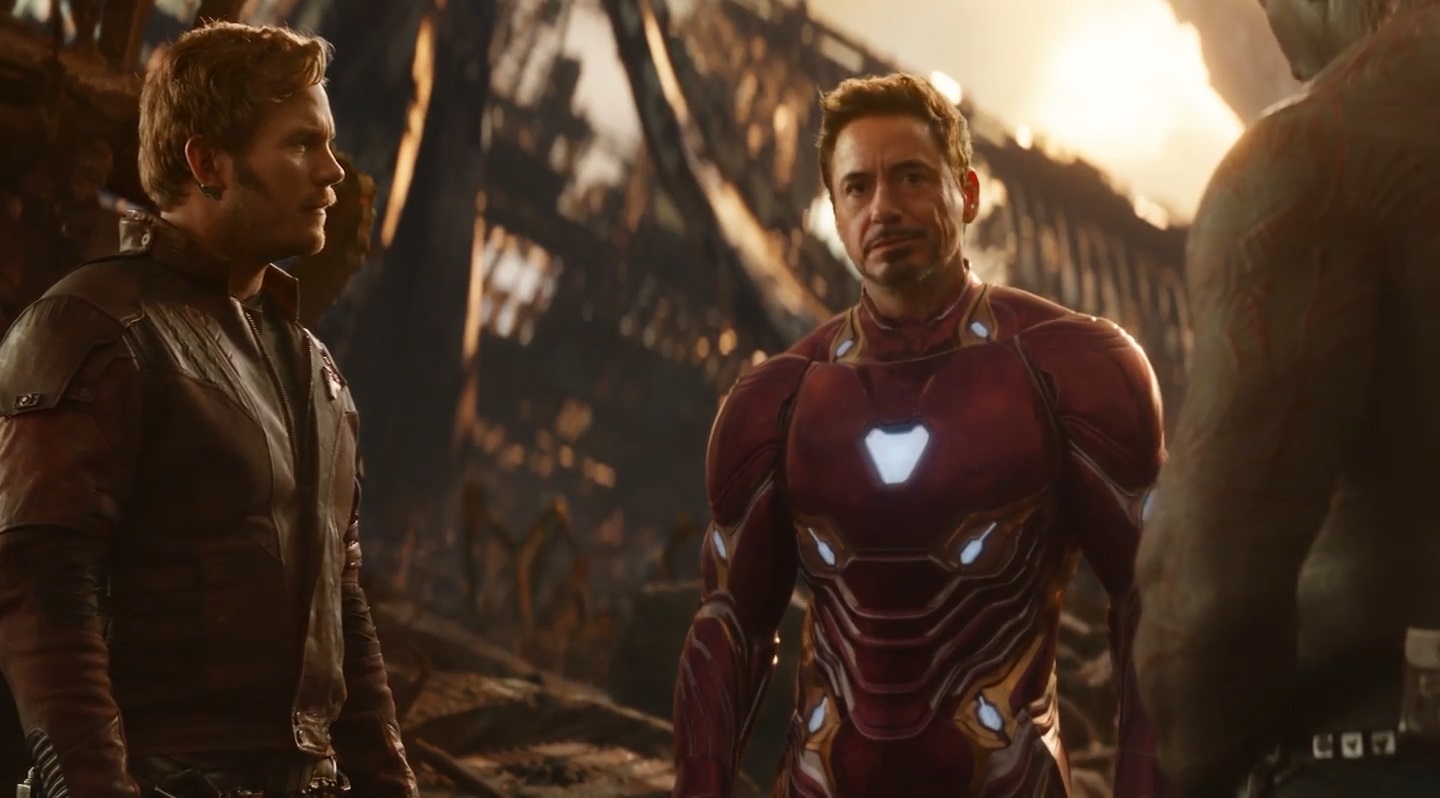 Behold. At last. After the emotional, yet powerful first teaser hit the internet at the end of November, fans and geeks have been starving for another look at the gigantic saga that is Avengers: Infinity War. Last month’s Super Bowl Spot did give some new footage to stall fans from going berserk but it still wasn’t enough to satiate their feisty appetites. Until today, that is. Today Marvel Studios has gone ahead and unveiled the second (and most likely the final) trailer for Avengers: Infinity War. The trailer’s arrival also marks the commencement of tickets going on sale in the United States, with sales in other territories to follow shortly.

The trailer is packed with moments fans are sure to geek out over. From Peter Parker meeting and introducing himself to Doctor Strange, to Star Lord, Iron Man and Drax discussing their plan of attack, to Thanos‘ motivations as well as some of the plot being more clearly explained, to Captain America blocking Thanos’ punch. Jaw-dropping would perhaps be a mild adjective to describe it. From what little we’ve seen of Thanos, it definitely looks like he has the chops to go down as one of Marvel’s better (maybe best even?) villain of all time. That’s enough stalling for now I guess. Click the play button below and enjoy the trailer in its full glory.

Several moments in the trailer standout but Cap blocking Thanos’ punch has to be the one that hits hardest. It definitely looks like directors Anthony and Joe Russo are toying with fan expectations here, for a majority of the fan-base is fearing that this movie (or the next) could be a send-off to Captain America. In fact, the filmmakers have gone on record stating that there will be casualties and even Marvel Studios President Kevin Feige hasn’t been shy of expressing his desire to have the movie’s story leave some sort of a lasting impact on its characters. Even so, yet another equally powerful image is Thanos holding the hand of a little alien girl (which looks like a flashback sequence with Gamora), which definitely paints him in a sympathetic light, never mind his goal is to annihilate half the universe. This has the potential to be one of the strongest backstories for a villain ever if done right, to the extent that it could make audiences understand him despite his genocidal intentions.

The trailer was initially speculated to arrive much later; we pinned our guesses on some time in the last 10 days of this month. However, Marvel unexpectedly bumped up the release date of the movie ahead by one week which reduced the window of time available for marketing. Also, Black Panther turned out to be an equally massive success surpassing $1 billion which meant a majority of the audience saw the movie much earlier than Marvel expected. These factors led to rumors beginning to circulate about Marvel delivering the trailer as early as today, an act hinted at by the Russo brothers themselves. Eventually, plenty of fan wishes were answered as the trailer arrived today. It’s a great thing the trailer didn’t end up being much similar to the D23 or San Diego Comic Con footage that was unveiled last year and neither was it a mere extension of the Super Bowl Spot. Instead, it turned out to be its own sweet thing.

The question is, how many times are you going to be watching this trailer? And what new things can we learn from it? The trailer has already been viewed by over 1.5 million times in less than 2 hours; it wouldn’t be a stretch to imagine it breaks all sorts of records at YouTube and on social media. Let us know your thoughts, your excitement levels and your doubts after seeing this trailer in the comments below.

Avengers: Infinity War releases in theaters worldwide on April 27, 2018. For those in the US, get your tickets on Fandango now.