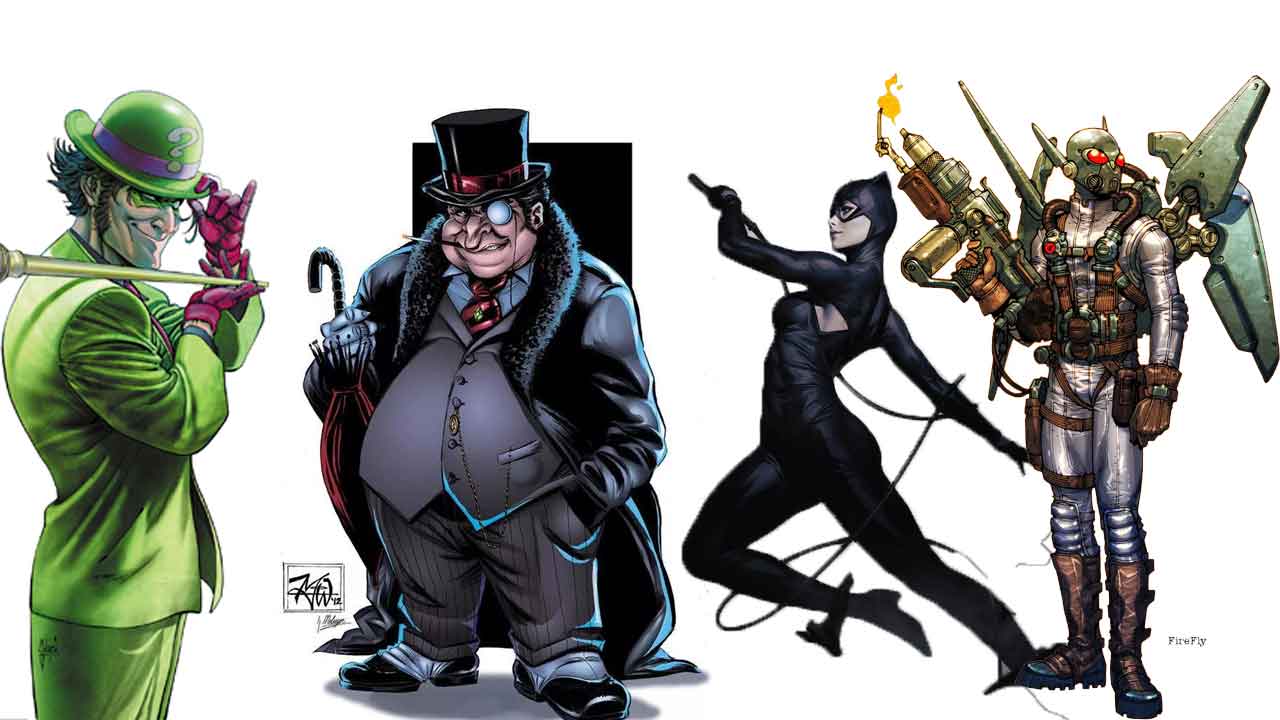 Matt Reeves’ The Batman is shaping up to be an incredibly exciting outing for the Caped Crusader. With Robert Pattinson cast as the Dark Knight and the production eyeing filming date early next year, details have now emerged on the movie’s villains. If GWW is to be believed, Robert Pattinson’s Batman will square off against the Riddler, Penguin, Catwoman and Firefly and that’s not even all the villains in the movie. In addition to the antagonists, we also have brief descriptions of the Rogue’s Gallery that Reeves is seeking for his film.

First up is the Riddler, who is said to be The Batman‘s primary antagonist. According to the bio description, the Riddler will be “a criminal mastermind in Gotham City who takes delight in incorporating riddles and puzzles into his schemes, leaving them as clues for the authorities to solve”. Reeves is currently looking for a male actor between the ages of 30 to 40, ethnicity no bar.

Described as a Gotham City mobster, the Penguin is described as a “short, obese man with a long nose, and he uses high-tech umbrellas as weapons”. Reeves is looking for a male actor between the ages of 20 and 40 for the role, regardless of ethnicity.

Batman will also meet Catwoman, who will “wear a tight one piece outfit and uses a bullwhip for a weapon”. She will be portrayed as a Gotham City Burglar, hopefully by an actress between 20-30 years of age according to Reeves’ casting wishlist, independent of ethnicity.

Finally, Firefly will make his big screen debut as someone who “attempts to burn all the places that he lacked the privilege to go as an orphan child”. He will be played by an actor aged 20-30 as a professional arsonist.

This latest bit lends a lot more credence to reports about the direction that The Batman will take under Matt Reeves. The Penguin and Catwoman have already been under consideration as villains so half the news is more or less confirmed. This, coupled with the 90s setting should make for a unique, interesting take on the Batman never before attempted among the myriad of Hollywood adaptations.

The Batman will be written and directed by Matt Reeves and will release in theaters on June 25, 2021. It will star Robert Pattinson in the title role.