The DCEU movie should begin filming this fall.

BatmanBatman NewsDCEUMoviesThe Batman
By Divij Sonak On May 18, 2019 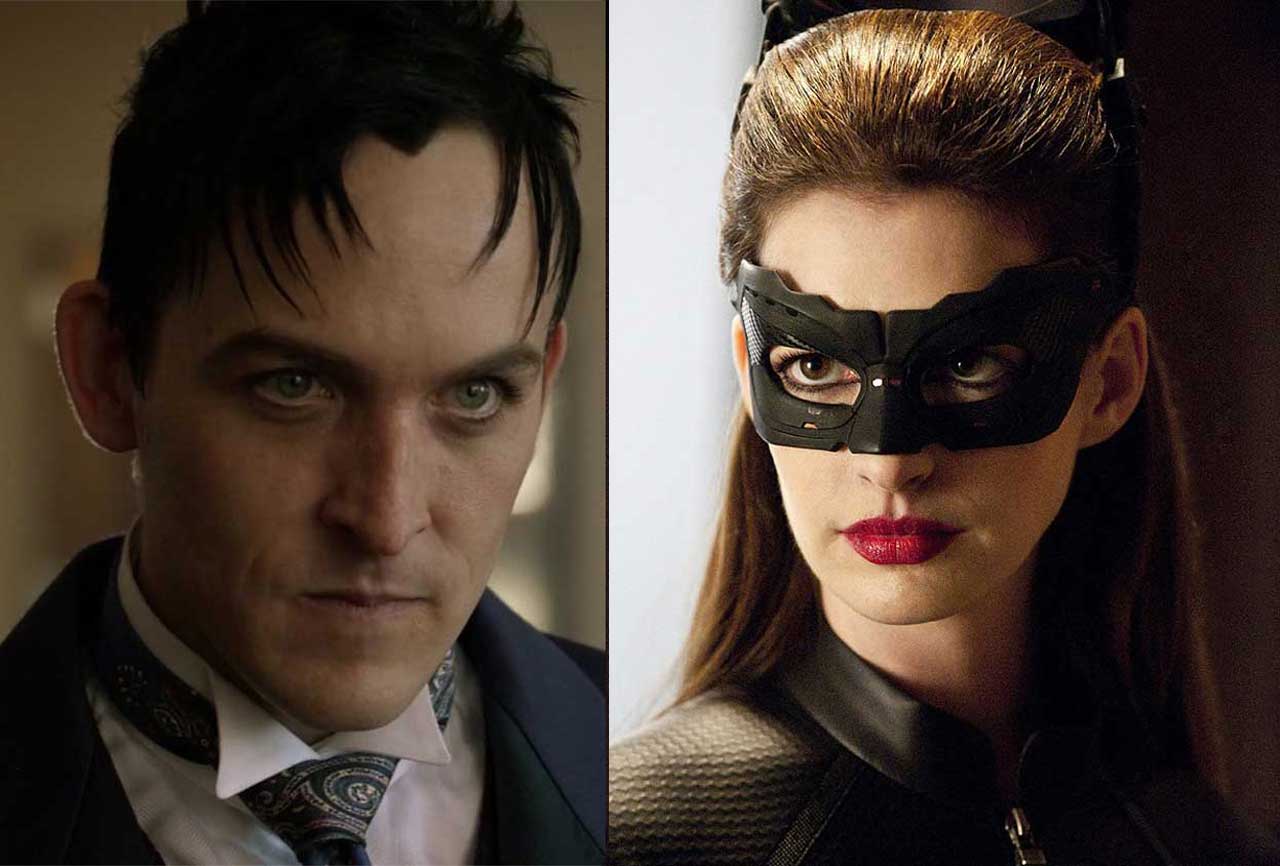 Yesterday, news broke out that Matt Reeves had found his Batman. While the news isn’t super-official in that it hasn’t been announced by Warner Bros. yet, it’s pretty much a done deal according to Variety’s Justin Kroll who broke the scoop. The search now shifts towards The Batman‘s villains and Collider has learned that both Penguin and Catwoman are in the running for starring as the Caped Crusader’s antagonists. No names have been attached to either at this point.

The Penguin has been in the running for quite a while now. Both villains have in fact, appeared previously in Batman movies, The Penguin debuted in Tim Burton’s 1992 sequel Batman Returns played superbly by Danny DeVito and can also be seen on Fox’s recently concluded Gotham again played brilliantly by Robin Lord Taylor, who carried the role for five seasons as Oswald Cobblepot. Catwoman meanwhile was played by Michelle Pfeiffer in the same Tim Burton movie as well as by Anne Hatheway in Christopher Nolan’s The Dark Knight Rises. Both villains also have the potential of being depicted realistically with their grounded abilities, as was done by the aforementioned filmmakers, further reinforcing the tone that Matt Reeves aims to emulate with his Batman outing. Again, given Reeves’ work on the Planet of the Apes franchise, this comes as no surprise.

While no names are currently rumored for the part, there are some fan favorites and some educated guesses being made. Collider, on their part threw in Jonah Hill‘s name for the umbrella carrying villain, who certainly has the acting chops and looks the part as well. Josh Gad has also been indirectly lobbying for the role through social media. For Catwoman, they suggest someone like Mackenzie Davis or Saoirse Ronan but it’s important to remember that these are merely wishlists; none of the actors have met with Reeves for the part to insider knowledge.

The Batman has been in development for quite a long time but it’s now that things are finally beginning to fall into place. Earlier, Ben Affleck was supposed to direct and star as the Dark Knight but those plans fell through and Affleck appears to have quit the role for good. The last few months though have seen a flurry of positive activity around the movie; it got a concrete release date, followed soon by Pattinson’s signing. Filming is slated to commence at the beginning of next year but the movie could even go on the floors as early as later this year. The casting of Penguin and Catwoman, should they be a part of the Batman’s rogues gallery, should arrive in the next few weeks.

The Batman releases in theaters on June 25, 2021. Be sure to bookmark the link or turn on notifications to follow all the coverage, right here on Appocalypse.