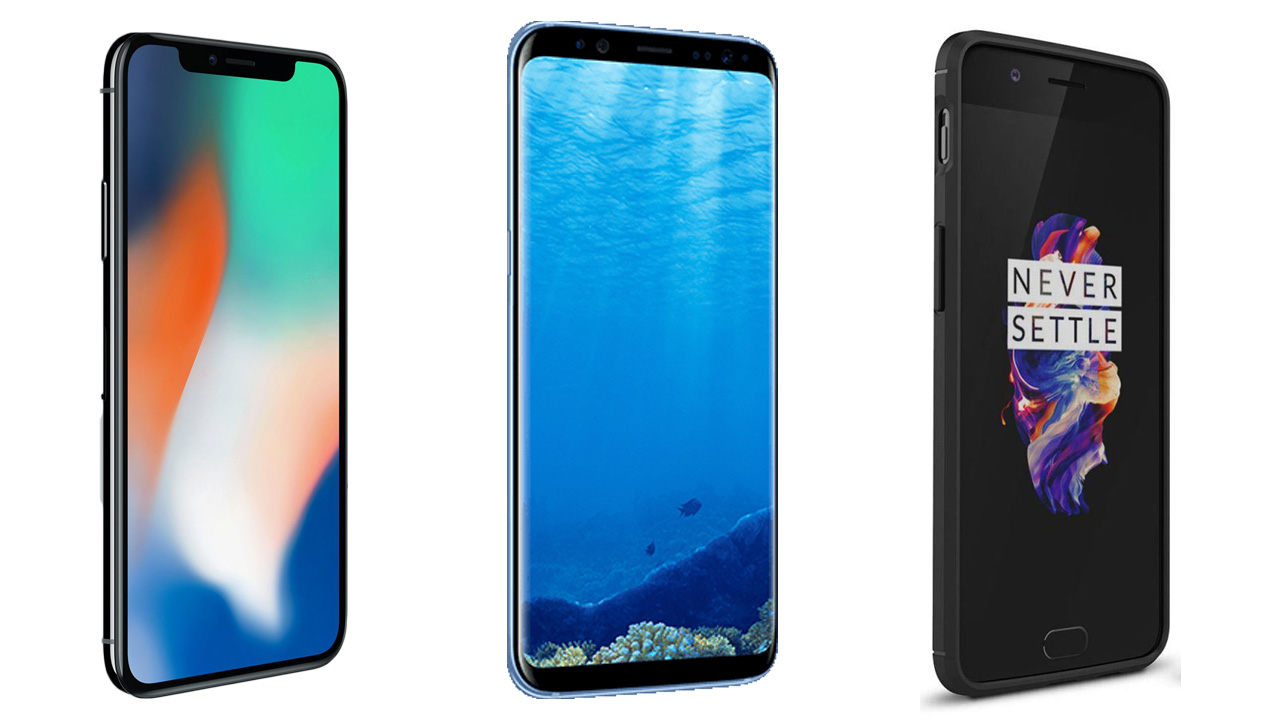 Google last week compiled a list of Trending searches for the year 2017 comprising of searches across all categories as well as category-wise results, making the data available country-wise and globally.. While there is no category explicitly named Technology to give us Tech rankings, the Consumer Tech category comes pretty close.

The list seems to be heavily comprised of Smartphones. The bottom of the list starts with Nokia 6, the more popular of the mid-range Android phone released in 2017 by HMD (which owns the Nokia brand now) that also heralded a true comeback of sorts for Nokia. Leading the Nokia 6 is the OnePlus 5 which while excellently promoted and marketed, seemed to have fallen short of the level of innovation some expected from the flagship. This isn’t to say of course that it wasn’t considered a good value for money regardless. The next two spots were taken up by the Oppo F5 and Razer Phone respectively with the former making it on the strength of its selfie camera.

Riding the wave of nostalgia, the Nokia 3310 managed to secure sixth place with some strong buzz surrounding the phone at launch largely due to its significance in the past. Breaking the monopoly of smartphones a bit, the Xbox One X snatched the fifth spot after being announced as an upgrade to the Xbox One in terms of better specs and pricing. It also marked one of the rarer occasions a console was upgraded before the end of its life-cycle. At fourth place, we have Samsung’s Galaxy S8 which again became one of the first phones (well, second if you consider the LG G6) to feature a bezelless 18:9 display which gave it a rather unique design and also became one of the phone’s strongest selling points. An unfinished Bixby and the baggage of the exploding Note 7 did little to sabotage its strong word of mouth. 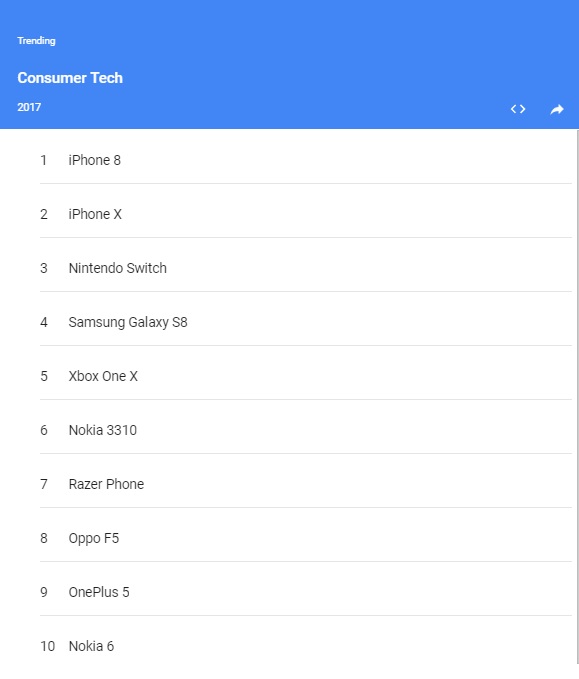 Rounding up the Top 3 is the Nintendo Switch at the third place. The Switch was an unexpected but welcome announcement shaking things up a bit for console while maintaining Nintendo’s unique sense of design with many commemorating it as a better Wii-U. The top two spots are taken up by Apple with the iPhone X and the iPhone 8 respectively. While both phones were highly anticipated and announced at Apple’s Sep event, the iPhone X unequivocally stole the show with its path breaking Face-ID tech, a new design, and strong computing courtesy its A11 Bionic Chip. The phone also debuted Animojis, a feature that was as much derided along with its high price as it was heralded. The only logical explanation for the iPhone 8 trumping the X in search rankings could be that while the former was naturally expected, the official title of the iPhone X wasn’t revealed until launch.

What are your thoughts on this list? Were you disappointed that the Pixel or Note 8 something else didn’t make the cut? Let us know in the comments below. Also don’t forget to read about similar rankings for Movies and TV Shows right here on Appocalypse.